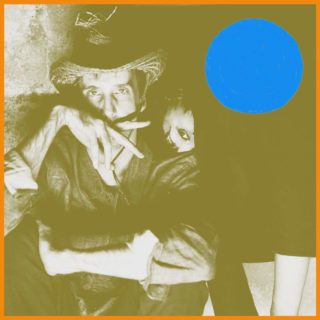 The latest addition to Mexican Summer’s Myths EP series is a collaboration that was always inevitable. Much like Cate Le Bon’s alliance with White Fence’s Tim Presley, the working relationship between this pairing is one of understanding and compromise, all while experimenting with the very thing that brought them together: an ear for the absurd, and an extraordinary breadth of vision.

Recorded in Marfa, Texas – a town that, according to Cate Le Bon, feels like nothing else exists when you’re in it – Myths 004 elicits the comfort of madness, and the juxtaposition between, safeness and the disconcerting. Here, the two commit themselves to embracing the chaos, surrendering to all moments and moods that are travelled through. It’s a crude holiday scrapbook shared by all involved.

Here, the best of two worlds collide to reveal something that belongs, distinctly, to both Le Bon and Cox (see the rigid, peculiar otherworldliness of ‘Secretary’ and the familiarly jagged, post-punk proficiency of opener ‘Canto!’). But there are also moments where the two boldly step away from their typical trademarks, ‘Constance’’s more electronic disposition being a particularly unusual yet sublime turn of events. Even here, there are tiny inflictions of warm, measured melody though, where you can really feel Cate Le Bon’s lingering presence.

The EP finishes with ‘What is She Wearing’, a seemingly playful ode to the primitive, shambolic prowess of The Raincoats.

What we have here is an example of how collaborations can and should work: it’s at times unexpected, but never unfamiliar, their respective styles blending together seamlessly, despite the few disparities that separate them.