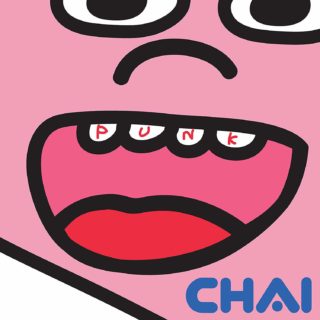 Revolutionary garage-pop four-piece CHAI are, without doubt, Japan’s far more enlightened, far more musically polished answer to Bikini Kill. Kick the shrill, abrasive vocals of ’90s riot grrrl to the curb, add a lot of hyperactive J-pop, and you’ve got CHAI. The band’s first proper album, ‘PUNK’, is a melodic yet pointed attack on all things patriarchal and, uniquely, all things connected to Japan’s culture of kawaii.

“‘PUNK’ for us, of course, is not the genre of music,” say the band. “‘PUNK’ to us is to overturn the worn-out values associated with ‘kawaii’ (or ‘cute’) created up until this point. ‘PUNK’ is a word that expresses a strong sense of self. To be yourself more, to become the person you truly want to be, to believe in yourself in every instance!”

It’s true that CHAI’s ultra-pop framework may not, at first, scream rebellion or rage. However, cutting lyricism makes it unquestionably clear that for the members of CHAI – Mana, Yuna, Kana and Yuuki – enough is enough. It is within this very paradox where the band pack their biggest punch.

Nowhere is this complexity made more apparent than on the final track of the album, ‘FUTURE’. A song at its crux centred upon grasping your own destiny and laying claim to your own path, it is made up of rock-solid drumming and tumbling guitar notes as steadfast as the band’s core message of nonconformity. Subversive and gleefully progressive, cutesy vocal harmonies and the addition of (somewhat creepy) children’s voices to some of CHAI’s tracks are a pretty satisfying final fuck-you to an element of Japanese culture that remains supremely antiquated and nauseatingly fetishistic. 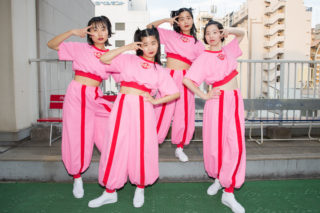 CHAI – the Japanese group subverting the culture of Kawaii