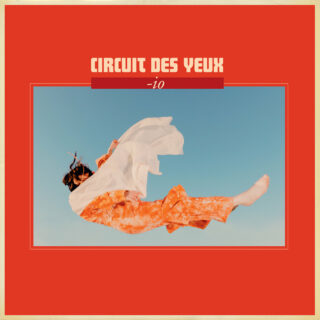 Grief can be both crushing and frustratingly amorphous. After the loss of a close friend, Haley Fohr became weighed down by its empty pull. Now, she uses her seventh album as Circuit Des Yeux to rebuild anew, to map out her despondency into something with a physical form. Starting from scratch, she arranges for a full 23-piece orchestra to make that emptiness more knowable.

The result is –io, an imposing concept album that’s part Western epic and part psych odyssey. It takes place on a land where “everything is ending all the time”, as Fohr puts it. With its timeless, off-world approach to baroque pop, it’s a surprisingly hi-fidelity offering from an artist who has frequently lurked in the shadows.

At the centre of these lofty songs is Fohr’s distinctive voice, which is frequently the most commanding instrument in the mix, even when surrounded by the guttural cellos of ‘Stranger’ or the death-march drums of ‘Dogma’. Her low, warbling vibrato at times becomes its own towering structure, like on the overwhelming vastness of ‘Vanishing’. Fohr thrives in these grand moments, her flare for the dramatic elevating what is often dark and foreboding material. This theatrical approach might be too much in the quieter moments, such on the cumbersome closer ‘Oracle Song’, but it largely captivates.

Fohr’s approached writing –io by carefully constructing her emotional state, piece by piece. That methodical approach has given her a physical manifestation of grief that she can work to overcome, when mourning feels like shadowboxing.