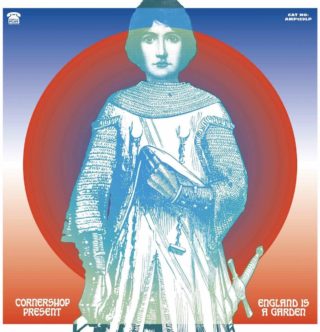 Cornershop haven’t made a record like England is a Garden for eleven years. Since Judy Sucks a Lemon for Breakfast they’ve released albums that have explored Punjabi dance music (the brilliant Cornershop and the Double ‘O’ Groove Of) and have repurposed their 1994 debut album Hold On It Hurts into an instrumental lounge trip called Hold on It’s Easy. Such underappreciated versatility is apparent on this ninth album in microcosm as, like on Judy Sucks…, Tjinder Singh and Ben Ayres appear to be the only band who can be so clearly inspired by the mid-’60s rock’n’roll sound without sounding like a horrible impersonation of the Stones – even the ‘Get Off of My Cloud’ drum rap on the opening ‘St Marie Under Canon’ can’t overpower that most Cornershop of sounds: Singh’s joyful, semi-congested British Asian vocal.

England is a Garden is said to be a celebration of Singh’s birthplace in the Black Country,
and of the Midlands’ first wave of heavy metal. A jamboree of flutes, tamboura, dholki drums and the usual rock band set-up, the sound of Sabbath and Deep Purple is in fact switched out for T-Rex more than once, but a celebration it certainly is: brand new, vintage rock’n’roll with its thumbs up, not its middle fingers.