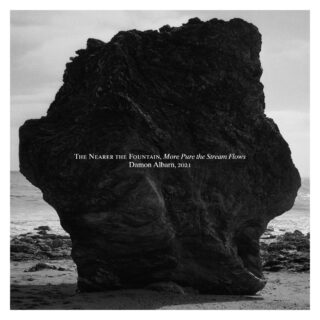 It’s been said by fiercer critics than this one that Damon Albarn is the sort of songwriter you can’t trust because his best songs are ballads, the implication being that beguiling heartstring-tuggers like ‘This Is A Low’ are merely sugary distractions from the harsh truths of the real world. And if there’s a kernel of truth in that analysis, The Nearer The Fountain has it writ large: at first glance, Albarn’s second solo record is a feature-length exercise in balladeering, some of it haunting, some wistful, some melancholic, and all wonderfully and wilfully escapist. Bluntly, Albarn haters should steer clear.

Given the record’s origins, though, and on closer inspection, perhaps the album’s prevailing mood is fair enough: originally written as an orchestral piece inspired by the landscapes of Iceland, then transformed into a song-cycle during the pandemic, the album’s tone – reflective, lush, wide-eyed – succeeds, rather beautifully at its best, in evoking the wonder and romanticism of the natural world, becoming a welcome transport away from the grimness of the UK in 2021. Twin instrumental experiments – ‘Combustion’’s first minute coming on like a developing-world traffic jam made from honking brass and scraped strings, and the restless minimalism of ‘Esja’ – provide welcome structure, and in ‘Royal Morning Blue’ (the only non-ballad here) lurks one of Albarn’s best songs in years, all Scott Walker croon and synth-pop undertones, the kind that only Albarn seems capable of writing. Moments of soppiness elsewhere occasionally seep into meandering mawk, but if you’re on Albarn’s side, there’s plenty here to love.