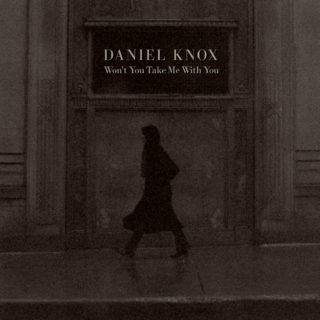 Chicago-based crooner Daniel Knox has been around for some time, but 2018’s Chasescene was a critical high, on which Knox was lauded for his distinctive brand of darkly comic fables and bombastic baritone.

Owing to his storytelling mastery, on Won’t You Take Me With You we slip instantly back into his domain. And like returning to a favourite TV series reprised for another season, it feels as though we never left, with characters, storylines and relationships ready to be recommenced.

Opener ‘King of the Ball’ details our protagonist’s self-important demands and murderous contemplations, with a jaunty verbosity that recalls Rain Dogs-era Tom Waits. ‘Fall Apart’ sees Knox craft his most dejected character, as sombre piano and delicate strings accompany his description of a relationship at breaking point. His sonic palette also proves more expansive than before. The lounge jazz foundations of ‘Vinegar Hill’ are jestered by Knox’s pompous vibrato and fraught brassy embellishments; the lengthy ‘Look At Me’ allows electric guitar fuzz and synthesiser melodies to create an imposingly decadent soundscape.

On this LP, Knox connects the dots between stories told past and present. The indignation that fringed Chasescene seems to be replaced by an air of cathartic acceptance, perhaps indicating Knox is in a better place. Across this striking record, he proves he is beyond capable of producing excellence; his is a majestic body of work that demands repeat listening.