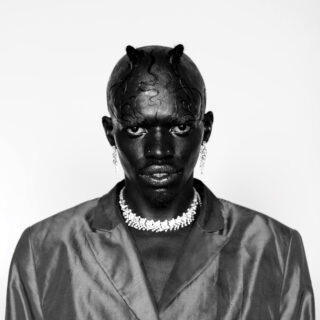 In the opening bars of Desire Marea’s astonishing debut Desire, a feeling of ceremony is established with a steady organ line that’s ungraciously disrupted by flashes of combative brass. These tonal punctuations scorch like lava spitting from a volcano, the late arrival of a darkly-toned loop conjures a blanket of charcoal clouds above. In under 90 seconds, the KwaZulu-Natal born multi-disciplinary artist creates a vivid soundscape that instantly sucks the listener into their intoxicating world. As album openers go, ‘Self Center’ is a triumph in itself.

Desire is a truly singular record. One where the varying styles incorporated shouldn’t co-exist as harmoniously as they do. Their assured artistic sensibilities drive the tonal dexterity at dizzying speeds. And yet, there isn’t a moment across the nine songs that feels rushed. Each creative decision feels considered and necessary to the patchwork of the song. As a whole, outside of compelling lyricism and captivating production, it’s Marea’s striking operatic vocals that are undeniably the standout success of this record.

Day-to-day, the listener will have a different favourite track depending on mood. Whether that’s the sweet floating synths on ‘Uncle Kenny’ or ‘Studies in Black Trauma’s intensely claustrophobic arrangement, Desire is a record that leaves a lasting imprint.