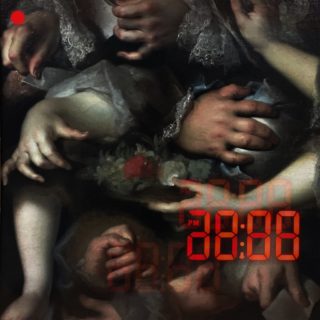 On paper, the concept of Richard Russell’s second instalment of his collaborative Everything Is Recorded project makes complete sense.

The XL Recordings spearhead is a decorated producer in his own right, having forged rave anthems in the early ’90s, to regenerating icons such as Gil-Scott Heron and Bobby Womack, helping them craft career-defining swan-songs. The theme supposedly threading the album together here – Friday night! – is therefore congruent (if hardly original) with that dance music and production pedigree.

However, on Friday Forever this amounts to little more than stylised track titles and continuous regurgitations of ‘living for the weekend’ platitudes from the album’s cast. Everyone’s on the same page thematically, but it’s more Dan Brown than Dante’s Inferno (disclaimer: I’ve read neither).

The introduction set things off poorly, built up on the style of lo-fi faux-gospel whining that seems to be the on-trend stand-in for genuinely interesting musical ideas. Luckily the repeated motif of “every Friday” reminds us of what lays ahead, incase we’d already forgotten. The tracks that follow are inoffensive enough, and Aitch turns up to talk about something or other, as he does.

Flohio makes a welcome appearance on ’02:56AM/ I DONT WANT THIS FEELING TO STOP’, injecting some much needed energy to the proceedings, again reminding us that she is one of the more creative MCs in the UK at the moment.

Ghostface Killah’s appearance on ’03:15AM/ CAVIAR’ clashes abrasively in the context of the album; he delivers a perfectly fine verse, as to be expected, yet having such an iconic American voice jammed into the proceedings only hinders the intended narrative arc.

The album continues onward in this stop-start fashion, meandering like a BTEC drama class rehearsal; subpar lyrics are spoken with great weight, people come and go, adding nothing tangible to the events taking place, and the music becomes more confused and irrelevant to the narrative.

Many passages of the album are perfectly passable, yet it is greatly disappointing considering the level of talent involved here. Weighed down by a half-baked concept, Russell and co. forget that, at the very least, the weekend is for fun.