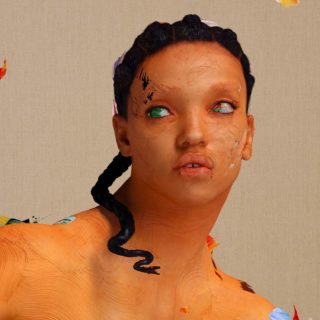 One of the more famous passages from Shakespeare’s The Tempest is taken from the mouth of Caliban, an outcast and a cannibal whose speech only becomes poetic when he talks about his home, the magical island on which his rival characters have just landed. He becomes softened when describing the sounds and sweet airs that bring delight and won’t hurt you. It’s a butchered paraphrase, but he opens up the musicality behind this beautiful new world that’s being created in front of us, through the hauling winds, thunder and lightning, hunting horns and twangling instruments (a phrase that probably won’t set the world of music journalism alight). When Shakespeare wrote about it all, I’m sure his endpoint wasn’t supposed to be a contemporary pop record, but it’s as cogent an image as any for an artistic expression that feels as one-off as this.

There’s a seductive musical sorcery in FKA twigs’ second full-length release, MAGDALENE, shape shifting over songs about all the lovers she’s ever had and is yet to have. The twinkling brass and choral hush of album opener ‘thousand eyes’ is both familiar and unapproachable in its mutant androgyny. ‘home with you’ contains some of the cleanest moments of production underneath twigs’ speak-sung fizz. It doesn’t matter if it’s chamber pop, rnb, punk rock or opera – there are fleeting moments of each within the nine songs, but always thirty feet off the ground and in their own orbit. Songs about depressive masturbation surround the album’s revered saint and title character, Mary Magdalene, herself a new person in each account of her life – a prostitute and celibate nun, a feminist icon and religious devotee.

FKA twigs’ previous album was, in its own way, also mythologized. LP1 sidelined two very public relationships, with its centerpiece a slightly mournful line: “I dance feelings like they’re spoken.” Five years later, she’s good on her word. Future is enlisted for the sad verse about drug abuse on ‘holy terrain’. Closing track ‘cellophane’ borrows the languorous balladry and quiet groove of Erykah Badu and translates it like Billie Holliday whispering across a lounge room piano. Strip it back to a visual, and you’re watching a barefoot pole dance to a trad folk string section and quiet key arpeggio. The bone-deep melancholy of ‘sad day’ is rendered within its lush melody instead of its sing-a-long refrain. The glitchy, full-beam strobe-light coda of ‘fallen angel’ is a synth-driven panic attack, not a lyrical admission.

For want of grand statements, MAGDALENE is as holistically complete as any pop record released this decade. Whether twigs is the lady of the canyon cloaked in a jazz-room austerity or an extraterrestrial finding her way through a new musical cosmology, the result is an exceptional and empowering account of an artist in full control of their sound. But there’s still room for a little self-depreciation: “if you’re foolishly in love with me, it’s a fine day for sure.” 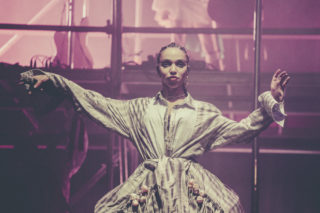