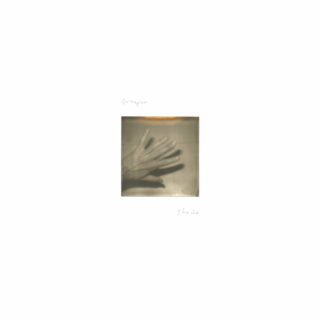 There’s always been a remarkable stillness to Liz Harris’ work as Grouper, capable of disarming her listeners. Falling somewhere between ambient music, slowcore, folk and drone, her paradoxically sparse and cavernous songs occupy a distinctive space in the musical landscape of her native Pacific Northwest. The tranquillity of this music always feels temporary and fragile, yet somehow inescapable, featherlight guitars and keys thicker with import than physical or instrumental mass. One false move, and the whole thing could collapse; yet Harris rarely makes false moves.

Shade is the sound of Harris wondering whether she might deliberately begin to disturb that tranquillity. Many of the tracks here are over a decade old, yet the act of revisiting them and finally (re)presenting them publicly suggests a newfound questioning of her practice from Harris. Opener ‘Followed The Ocean’ announces itself with a burst of white noise, whose extremities shortly retreat into the background to make way for Harris’ layered, keening vocals, filtered to within an inch of their lives, as though heard through an off-tune radio in a faraway room. This contrasts sharply with ‘Unclean Mind’, whose Phil Elverum-like winding chords and wispy melody feel remarkably direct, shorn of either the noise of the previous track or the gloopy reverb of so much of Harris’ other work.

Many of the songs here feel like extended sketches or initial ideas, but that’s not a bad thing. There’s a spontaneity to Shade that makes its author feel a little more human than she might have in the past: ‘The Way Her Hair Falls’ muses slightly aimlessly, in a manner befitting the title; on ‘Promise’, the loudest thing in the mix is the scrape of Harris’ fingers changing chords, her vocals draped over her arpeggios like a jacket over a chair. Frequently, it feels like you’re sitting right next to Harris as she works through the production of Shade.

The pristine gloom of Grouper is still here in places, but it’s tested on this new record. Harris has never been a static artist, but this capacity for self-questioning feels healthy and well-timed, and she still writes a despondent vocal hook better than almost anyone. Shade feels like a transitional work, not unlike a far more understated counterpart to Low’s Double Negative. If that’s the direction she’s going, that’s very good news indeed.