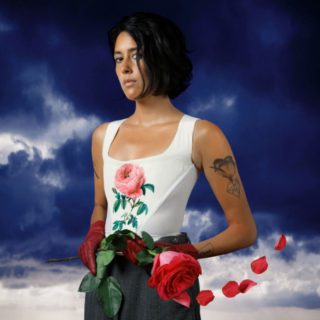 Running has long been a useful symbol for songwriters who want to provoke a direct physical response as they describe abstract emotions. We can run in circles, run away with our lover, run up that hill to make a deal with god. Or, we can just run, towards nothing in particular. That’s the kind of running Half Waif – aka Nandi Rose – writes about on The Caretaker. “Going nowhere fast,” she belts out in its opening moments, sounding as if she’s in pain, digging deep for resilience as the synths around her threaten to swallow her up. Rose is an impeccable writer, and on her follow-up to 2017’s Lavender she pulls power and introspection out of quotidian moments, like going for that run you really don’t feel you can face.

Let’s get this out of the way early: The Caretaker is fantastic. It’s a ballsy pop record that often uses restraint and delayed payoff to create a deeper connection. Rose is good at writing choruses, but her songs keep their distance more often than not, like she’s meeting us on her own terms. The album employs the same distancing technique – keeping those close to us at arm’s length to better ourselves, and letting friends in when the timing is right. “Don’t you worry about me, I won’t worry about you,” she sings on single ‘Ordinary Talk’ – “I’ve got places in my mind that I’ll never find if you’re holding my hand like you always do.” The song blossoms with layered vocals, slinking keys and drums that you could sink into. It’s a gorgeous slow burn at the core of the album’s balance between opening up and closing off as a person.

Her melodies and production are both taut and winding, dodging easy categorisation. Drum machines and sour keyboards meet piano, flute, and clarinet as these individual songs grow. It’s a clever reflection of the way her lyrics grow in potency. Her words initially read as cold across the album, until their subtleties shine through, revealing deep empathy and introspection. On ‘My Best Self’, she reframes our generation’s obsession with identity from self-obsession to a self-aware embrace of interconnectivity.

By the end of The Caretaker you might better understand where you fit in to the world, and how the world should fit to suit you. 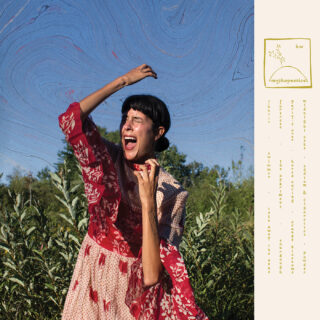 Half Waif's Mythopoetics: an exercise in self-reflection from Nandi Rose