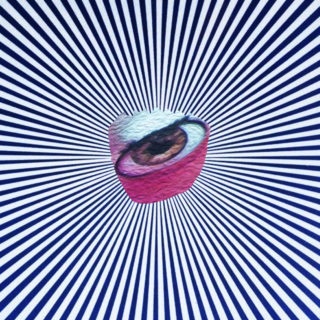 Lo-fi music has a habit of turning up in odd places. After a few years of crackle and pop, bands often take a sharp left into the unknown: folktronica, Krautrock or even mosquito-themed hip-hop (Jeffrey Lewis, I’m looking at you). You name it, lo-fi has been there.

Happyness continue this grand tradition on Floatr. Their third LP builds on the foundations of 2017’s Write In, adding orchestral whirls and a surprising amount of pop sheen to the mix. Think Sparklehorse having a particularly intense debate with Jason Pierce about the importance of The Beach Boys, and you won’t be far off. ‘When I’m Far Away (From You)’ and lead single ‘Vegetable’ perfectly showcase this perfectly; the former isn’t afraid to open up its soul to the listener, while the latter is a bona-fide rock banger.

Unfortunately, this willingness to explore often results in mediocrity. The group attempt to break away from their past at every possible opportunity, sacrificing everything that made the band so great in the first place. ‘What Is Nurture’ and ‘Undone’ just sort of exist. They’re perfectly passable pop songs, but they just don’t feel like Happyness pop songs. Without that signature bite the group lose their essence.

It’s always good to grow, but with Floatr, Happyness have shown us that you should always remember where you came from. Total lo-fi escape is bad for the soul.