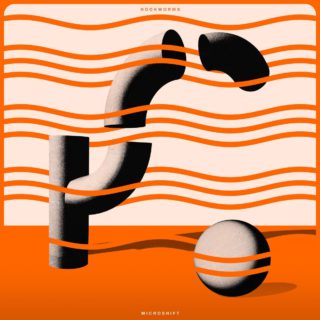 Long-time followers of Hookworms might have been forgiven for fearing that this third record from the band would never materialise. Despite the lavish critical praise that was heaped upon the five-piece’s 2013 debut, ‘Pearl Mystic’, as well as its 2014 follow-up, ‘The Hum’, there were signs that Lady Luck wasn’t smiling upon them as early as March of 2015, when visa issues outside of the group’s control conspired to torpedo a planned tour of the U.S. and Canada. Considerably worse was to come, though; the Boxing Day floods of the same year that ravaged large swathes of the north of England devastated Hookworms HQ – frontman Matt Johnson’s Suburban Home studio in north-west Leeds.

Having already taken a significant financial hit after their transatlantic tour was pulled, Johnson and the band faced potential ruin in the wake of the floods, even though they’d been able to get down to the studio and salvage equipment before the rising waters could claim it. Hookworms’ GoFundMe-friendly fanbase, as well as Johnson’s standing as one of the country’s most in-demand underground producers, helped dig them out of the situation, although it took a full six months before Suburban Home was back up and running.

The reason that all of this background is so important when discussing ‘Microshift’ is that, put simply, the title of the album is a red herring. This group of songs represents a major change of pace. In a recent interview, Johnson self-deprecatingly suggested it was necessary because the band had “made the same record twice already”. It’s certainly a departure from ‘Pearl Mystic’ and ‘The Hum’; the extended, krautrock jams are eschewed this time in favour of lighter, bouncier soundscapes that place much more importance than ever before on melody.

Plus, Johnson’s vocals – previously shrouded by a veil of reverb – now ring out with real clarity, bringing to the fore his lyrics, which are diametrically opposed to the relatively breezy sound of the album; he tackles, head on, the state of mind that both the floods and a raft of personal issues have left him in. There’s probably an argument that in lightening the aural mood, though, ‘Microshift’ sacrifices a little of the intensity of old, even if the epic likes of ‘Ullswater’ and ‘Opener’ simmer towards the sort of chaotic territory the band are well acquainted with. (Expect those tracks in particular to sound absolutely blistering live.) One thing for sure, though, is that Hookworms sound a damn sight more energetic than anyone could have expected in the circumstances. Rejuvenated, even.