(Please don't do that)

Now that the Brit awards have once again failed spectacularly to merit the ongoing hardship of independent outlets only to reward Rag‘n’Bone Man for a single released back in mid-2016, it’s time to recall the musical happenings that actually mattered in February 2018. While shout outs are nonetheless owed to Stormzy’s timely diatribe (and indeed to Elton John mispronouncing the name of his dear friend Ed “Sh’ran/Sheran”), the last month has essentially kick-started 2018’s good-music cycle with many a release we’ll surely be mulling over well into year-end lists season – even if it ultimately shows that the term “neo-classical” will likely sully our tongues until the end of the known universe.

Artist: Poppy Ackroyd
Title: Resolve
Label: One Little Indian
What is it? An outlier composer working out of Brighton (where else?) in the à la mode neo-classical register. In short, an engaging version of something you might stick on while doing housework.
L&Q says: “Listen to ‘Resolve’ casually and it’s a wonderful record; but really engage with this music and it’ll reciprocate tenfold.”
Read Chris Watkeys’ full review

Artist: SHIRT
Title: Pure Beauty
Label: Third Man Records
What is it? The debut album from the decade-strong east coast rapper struts and brags as if the last twenty years of hip hop never happened.
L&Q says: “Over neo-boom bap beats and immaculate samples, he spits Kanye-esque braggadocio, Nas-like street knowledge and even flirts with being Jay Z for a track.”
Read Mike Vinti’s full review

Artist: Lionlimb
Title: Tape Recorder
Label: Bayonet
What is it? After a striking debut (our second favourite record of 2016), this sophomore effort shows there’s more to Angel Olsen’s backing band than mere indie rock.
L&Q says: “Echoes of Elliot Smith remain throughout, both in Stewart Bronaugh’s vocal delivery, but also in an intrinsic sense of sadness that washes in and out of these songs.”
Read Chris Watkeys’ full review

Artist: Ought
Title: Room Inside The World
Label: Merge
What is it? The Canadian four-piece’s tantalisingly imperfect third offering leaves quite the promise for album four.
L&Q says: “The greatness here is the sort that you sense Ought might build on rather than fall from; this is the sound of a band who now really know one another, a well-oiled machine just warming up.”
Read Sam Walton’s full review

Artist: Hookworms
Title: Microshift
Label: Domino
What is it? The Leeds psych troupe’s latest deceptively-titled cut is made all the more astounding by the profound bad luck surrounding its production.
L&Q says: “The extended, krautrock jams are eschewed this time in favour of lighter, bouncier soundscapes that place much more importance than ever before on melody.”
Read Joe Goggins’ full review 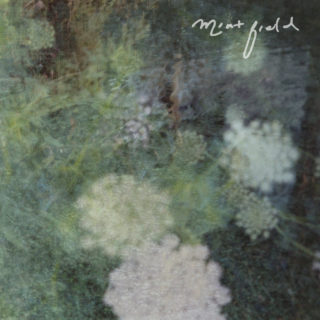 Spanish-language shoegaze at its best – get to know Mint Field