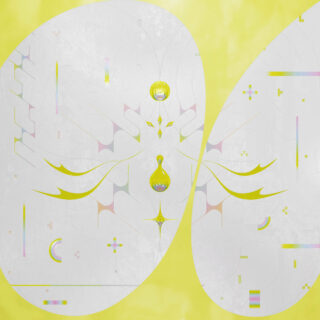 IGLOOGHOST has already mastered a balance between rich detail and mystery as a storyteller. As he puts it, he’s “drawn to that liminal space between a complicated story and a fever dream”. It’s that constant push and pull that gives his multi-sensory projects such a unique appeal, even as he pivots into vast new territories on Lei Line Eon.

The second album from the self-proclaimed laptop musician is teaming with dazzling lore for obsessives. You’ll find tales of tiny gods, a black market of alien music boxes, and a hidden sub-culture localised entirely within the West Country. Specifics are hinted at just enough to make the world feel endless, but no matter how much you pore over the details, your imagination is doing most of the work. That obfuscation feels like magic.

Where his debut Neō Wax Bloom used dense drum programming and hyperactive movement to overwhelm, Lei Line Eon works in negative space. Stripped-back melodies and moments of complete stillness allow the listener to fill in the gaps. There’s still plenty of heaviness and humour – and the drums still knock – but this is a texture focused album where a wisp of digital noise can become a breathing entity flying overhead.

The album flows as a single piece, grounded by sparkling neo-classical pianos and gorgeous violin arpeggios from Vivek Menon. Opener ‘Eœ (Disk•Initiate)’ mimics a machine start-up; the whirring noises that fill the stereo field are metallic and fluid simultaneously. From there, the album contorts IDM, chamber and bass music into striking new forms, all with remarkable elegance.

This is a more patient and slippery album than some may be used to from IGLOOGHOST, but no less rewarding. Its expansive quality and quiet spirituality show him as not just a great storyteller, but a new kind of myth maker. 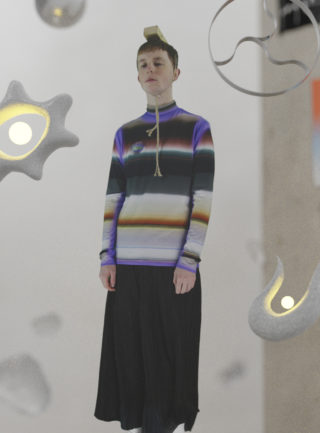