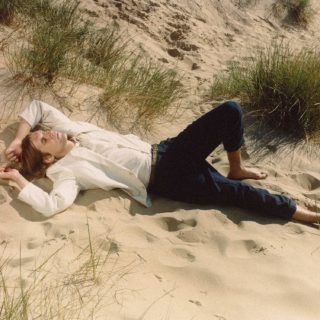 For too many people, the concept of living off the tech grid now induces a maddening lattice of anxiety, loss and fear. Not so for Jaakko Eino Kalevi; the Finnish songwriter has used the words “blissed out”, “essential” and “ideal” to describe the sensation, and that halcyon ambience infuses every moment of this, his fifth solo album.

Nearly all of ‘Out of Touch’ is wrapped up in its own fireside glow, imbuing its tracks with memories of comfort and warmth that invite the listener to return to its embrace at the soonest opportunity. Drumbeats are couched, basslines muffled, whilst Kalevi’s writing reminds us that personal human warmth is still an important currency, no matter how far apart we have begun to feel, no matter how tightly the constancy of life squeezes our skulls. ‘People in the Centre of the City’ more than any other sears to the heart of the matter, a tale of regular folks lost in the hyper-speed maelstrom of life.

More casual is ‘Conceptual Mediterranean (Part 1)’, its lazy Balearic energy presumably inspired by Kalevi’s recent time spent writing in Greece. ‘Night Chef’ is the most playful number, with its dancing keys, popping synths and everyday tales of chance encounters. Staying in touch is a grim necessity, but choosing to fall out of touch every now and then is paradise itself.