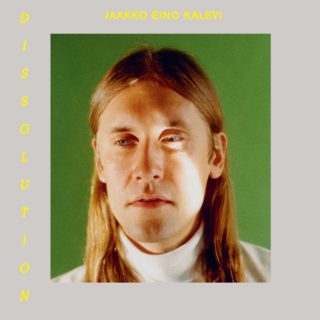 Anybody who caught Out of Touch, the last album from Jaakko Eino Kalevi, will have found the Finnish one-off in curiously subdued mood – it was a record that was personally introspective but also, in a manner ill-suiting Kalevi, musically timid, too. He seeks to redress the balance with Dissolution, a mini-album on which he rediscovers the ambitious touch of old. It’s a seven-track taster menu that sounds like somebody exploring their musical whims and collating the results. On the one hand, we get chirpy synthpop in the form of ‘Uutiset’ and a weird, restless blend of electro and krautrock on ‘I Am Looking Forward’, but there’s also room for a descent into dark disco (the groove-driven ‘The Source of the Absolute Knowledge’) and a psych-pop odyssey (‘The Search’), on which he finds profundity in the loss of his car keys.

That track is one of three to feature vocals from Yu-Ching Huang, who pitches her contributions halfway between Nancy Whang of LCD Soundsystem and the double-dutch chants of The Go! Team, to stirring effect, particularly on the title track – probably the standout here – with hints that Kalevi may have tapped into a potentially lucrative new creative well. On this evidence, he carries off funk-flecked dance with real verve. Dissolution is more than just a reshuffle of the pack, then – it’s a blueprint for where Kalevi goes next.