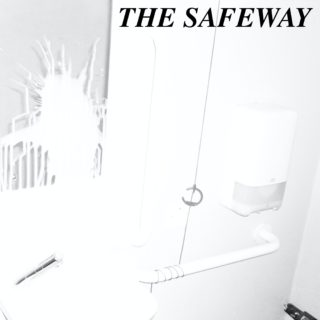 The 21-year-old Camden Town native Jimothy Lacoste has been dropping addictive music and music videos since 2016. However, more column inches have been filled talking about Jimothy’s aesthetic rather than his music.

Jimothy certainly cuts an intriguing figure, both immaculately and extravagantly dressed. His self-produced music videos bubble with a viral self-awareness that sees him indifferently flexing and vibing all over London; whether outside Kings Cross station, The National Gallery or on top of London underground carriages. It’s equal parts Fortnite, Richard Ayoade’s Travel Man, and Sacha Baron Cohen.

Subtle, surreal and funny, it’s no surprise that many have questioned if Jimothy’s “for real” since he emerged – not quite getting it. Well, like his aesthetic, Jimothy’s debut album is striking, extremely well put-together and other-worldly.

Built on a relentless DIY ethos, The Safeway feels like an entirely singular vision; every song dancing around effortlessly cool beats with Jimothy cooking up choruses that stick for days. Sonically and spiritually it sits in a wonderfully odd interzone between Dizzee Rascal and The Streets‘ respective debuts and The Weeknd’s After Hours.

The standards never falter across all 17 tracks, from the Tokyo-drenched brilliance of ‘Getting Love’ to the unabashed nostalgia of ‘Getting to the 70s’ to the bouncy dog day afternoon of ‘Getting to Rob a Bank’; every track has a little something that makes it sparkle. Jimothy knows it too, letting on during ‘Getting Remedy’: “Girl I’ve got the formula / remedies and melodies to have me loving ya”.

Granted, the lyrics may come across more American Psycho than Boy in Da Corner at times, bluntly fixated on clothes, sex, money, drugs and brands; they nevertheless feel authentic and are occasionally loaded with a sweet sincerity that catches you off-guard. As Jimothy himself says during ‘Getting Gassed’: “I’m just here to boogie / stay away if you’re moody”.

During the nearly hour-long album, the “joke” never wears thin – precisely because there is no joke. Jimothy Lacoste is for real and this is direct-as-you-like ambitious pop escapism at its best. 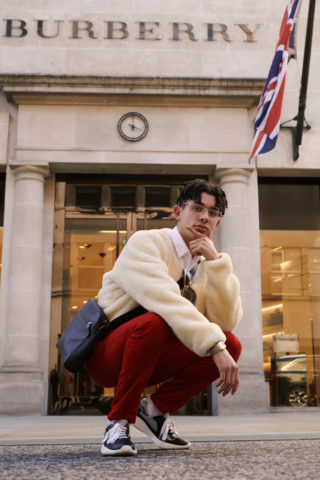 Jimothy Lacoste preaches the positives of aspiration, acceptance and convincing the world that he’s a spoilt rich kid