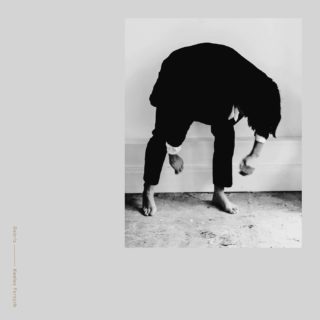 Keeley Forsyth’s Debris could easily be described as “haunting”, but that implies absence and Forsyth is most definitely here. The 41-year-old actor (Happy Valley, Coronation Street) has arrived fully formed, certain of what she wanted her debut to be: melancholic, contemplative, and deeply devastating.

Her voice immediately strikes you, the aching vulnerability reminiscent of Nico or early Bon Iver, all the half-hit notes and breathing noises included to give honesty and humanity to tracks. It’s like overhearing someone singing to themselves, too afraid to be heard but too lonely to stay quiet anymore.

Whilst the performance is very Nico, the lyrics are very Virginia Woolf, all fragments of lonely thoughts competing with each other, particularly evident on ‘Butterfly’ and ‘Black Bull’ (my two favourites). I will say that Forsyth has a comfort zone, and aside from ‘Start Again’’s ’80s synth pad, she rarely ventures outside of her lower-pitched songs of sorrow, which isn’t necessarily a criticism: the atmosphere is so well considered that a different sound for the sake of it would no doubt throw everything off balance. The production (commonly strings that devolve into feedback and thudding piano chords) gives an atmospheric fog which sometimes works too well, obscuring Forsyth’s fragile voice and therefore her strong lyricism. But again the atmosphere created is worth the sacrifice, and the pure vulnerability Forsyth shows makes this worth your while. If more debuts from 2020 are this good it’ll be a fine year.