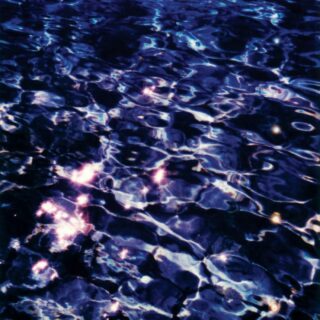 By virtue of their frontman, The National have always claimed their musical ancestry in the likes Hüsker Dü and The Smiths, from namechecking Bona Drag and The Cramps to all but inhaling the melodic smoke trails of Meet Me In The Bathroom-era New York of the late 1990s. If the Cincinnati rockers came to embody the self-loathing hangover and betterment rituals of the city’s debauchery – they, the future sonic librarians circling the buffet at the Plant Records afterparty – LNZNDRF swaps the bathroom for the Muster Station with their second self-titled record: a navel-gazing, meditative, pedal-staring sister act, richly experimental within its blissed-out kosmische framework.

Formed of The National’s Scott and Bryan Devendorf, with Benjamin Lanz (The National, Beirut) on vocals, guitars and synths, and Aaron Arntz (Beirut, Grizzly Bear) on synths and piano, LNZNDRF leap further away from their origins than any of the band’s plentiful side-projects to date. Opener ‘The Xeric Steppe’ bounds from piano arpeggios buried deep in the mix to chugging sandstorm synths – a slow build into the disarmingly addictive noise-pop of Nowhere-era Ride on ‘Brace Yourself’. Its eight tracks are custom-built escapism, through Beta Band-style jams and heady psych to the telescopic electronic rock that rung dystopia from the tea towels of Can, Neu!, and early krautrock.

Emboldened by the backing of one of indie music’s most canonical rhythm sections, Lanz’s vocals are crystalline and thrill-seeking, building from his own Hoferlanz releases with a renewed dexterity. ‘Cascade’ plays like a slow-motion impact, his voice playfully sinking into stuttering synths with lavishly indulgent nods to Bauhaus, whereas ‘You Still Rip’ pivots from classic shoegaze to motorik post-punk within a monotonously-delivered Talking Heads-esque comedy about heartbreak and devotion from a “young pair of diplomats in hazmat hats and bright pink flats”. Even Melissa Laveaux’s reverb-heavy collaboration on ‘Ringwoodite’ – plucked deep from the shelves of the inescapable 37d03d sweet shop – feels like the most joyous distillation of the community’s principles of music for music’s sake.

Perhaps because of the sheer ubiquity of The National (and National-adjacent proejcts) circa 2021 compared to The National circa 2016, LNZNDRF II feels wilfully liberated from expectation in a way their eponymous debut was stifled. Saturation point is here, and now you’re not listening, the music’s all the better for it.

Here's an album of jangly, melancholy psych-folk from Painted Shrines