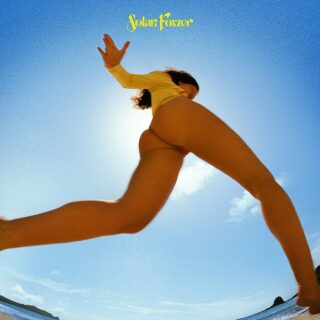 There’s a tension bubbling under Solar Power that’s key to its appeal. Even in its breeziest moments, panic lurks in the corner of the frame. It’s there in the apocalyptic island retreat of ‘Leader of the New Regime’, set in the dying days of the planet. It’s also there in the cold detachment of ‘Mood Ring’, which sends up cultish new-age mysticism while giving into its charm.

Throughout the album, Lorde shuns negative feelings by spending time in the sun, away from the camera flashes and the news cycle. For an artist who often revels in big emotions and excels at melodrama, her return to the spotlight is intentionally low-key – a cooling balm put on a scab to stop you from picking at it.

Part of the tension also comes from her awareness that fame has made her jaded and unrelatable. “I’ve got hundreds of gowns, I’ve got paintings in frames / And a throat that fills with panic every festival day / Dutifully falling apart for the princess of Norway,” she sings on ‘Man With an Axe’. There are two references to the Grammys, and one to the MET Gala; like her contemporaries Taylor Swift and Lana Del Rey, Lorde quickly makes her legacy part of the story, which seems intentionally alienating here. On the opener, ‘The Path’, she admits that if we’re looking for a saviour, that’s not her. Her response to this panic is to detach herself from the Hollywood bubble and escape into nature (or what’s left of it), while slowing the tempo and learning how to breathe steady again.

In concept, the level-headed detachment makes for a fascinating contrast to the vulnerability she’s become known for. But the tension she works hard to cultivate doesn’t go far enough in practice. Take ‘Mood Ring’, where Lorde’s criticism of wellness culture is hampered by toothless instrumentation, and a chorus that barely hits. ‘Solar Power’ was the first warning sign, a beige throwback to early noughties acoustic pop from the likes of Natasha Bedingfield and S Club 7 with some odd mixing choices. There’s a brief burst of trumpet fanfare that should signify the song hitting its peak, but they’re too brittle to be felt. All the while, Lorde and her superstar choir featuring Phoebe Bridgers and Clairo sound indistinct, straining to be heard despite the mix being relatively bare.

The bare presentation works well on songs like ‘Big Star’, where subtle layers of guitar hug you in headphones, while leaving room for Lorde’s expressive vocal. ‘California’ also finds its depth in subtlety – a grand instrumental palette flickering through like sun rays reflecting off water. Songs like these make small scale moments full of depth.

The album’s main downfall is that its ‘big’ moments fail to go beyond pastiche. There are broad references to Primal Scream‘s Screamadelica in the canned drum loops, and Vampire Weekend‘s Father of the Bride in Jack Antonoff’s chorused guitar noodling – two projects that were already steeped in nostalgia. The slight songwriting and weak presentation means the album borders on novelty in its mid-tempo moments.

But for every awkward single, there’s a song like ‘Forbidden Fruit’ – a risky ballad that nails the juxtaposition of cultish sun worship and existential panic, all without looking us in the eye. It reveals that even if Solar Power doesn’t always hit, there are great ideas at play. Lorde’s choice to detach is a commendable one, even if we can’t always take that trip with her. 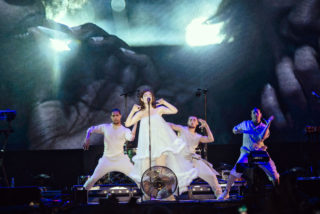