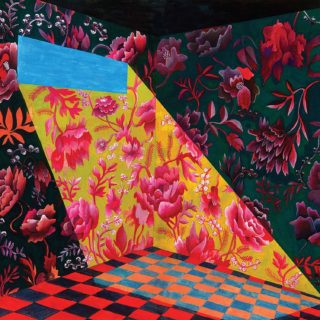 Those of us living outside of Montreal, Quebec, can only imagine how long the dense soup of Lungbutter’s Honey has been left on the boil – so long you reckon you’d be able to see the bones by now. The vox-guitar-drums noise rock trio have spent the last six or so years honing their own individual strengths with various other local acts, presumably letting in precious Lungbutter sessions during exhales. That’s perhaps the most remarkable thing about this debut – we’d like to think the likes of no wave legends DNA played any old shit, awakening their primitive instincts by harnessing the power of lightning. Lungbutter know better than to treat glorious noise as something that just happens.

The interplay of Honey is like a playacted battle for the music’s soul, Kaity Zozula’s pulverised guitar resisting definition in lieu of rusted steel, kept in check by drummer Joni Sadler’s earthbound pacing. It’s a contrast that works well enough, if not better than most, but it’s in vocalist Ky Brooks’ deadpan narratives that the album becomes affecting, whether in the crushing listicle of ‘Flat White’ or the hapless futility of ‘Solar’. Ky interprets the abstracted dark heart of gentrified spaces, each document of so-called civilisation also one of barbarism. The sentiment of the Mark E. Smith inflected-ah ‘Vile’, revived from a 2014 cassette release, ought to invoke familiarity in anyone who’s been flat hunting in London. “What am I searching for? This is a building on fire”. We’ll take it.