With the ongoing legitimisation of far-right, racist and fascist politics across the globe, much has been made of the changing face of protest music. There’s no mistaking Moor Mother’s ­– aka Camae Ayewa – body of work as a carrier of an especially belligerent, sardonic form, and Analog Fluids of Sonic Black Holes feels like the rough-hewn crystallisation of discontent over the first few years of the Trump presidency. What’s more, the Philadelphia-born composer-poet diagnoses the rise of white supremacy as more of a constant plateau. “They’ve been killing since the beginning of time,” she rages on ‘Don’t Die’, over a beat that shares a postcode with ’80s hardcore punk.

Analog Fluids of Sonic Black Holes flits through time, from chattel slavery America to the 1992 LA riots, to the age of hashtag activism, throughout which vignettes of black struggle reflect one another in an endless hall of mirrors. Senses overload with myriad images and sound from all directions – sampled slave spirituals and soul crooners, pasted atop malfunctioning electronics and horror score sonics – drawn together by Ayewa’s rap sermons into a continuum of suffering and resistance. “These stories run deep,” declares Ayewa on ‘The Myth Hold Weight’, and the message is two-pronged: structures exploitation and inequality are deeply entrenched, but means of escape are dotted along the way, if we could only see the full picture. As Sun Ra once dreamt of uniting black diasporas through jazz, poetry and space travel, Moor Mother too seems to voyage across time and space in a makeshift craft of her own, on-boarding an enormous cast — from John Coltrane to George Lewis to Dizzee Rascal — with her searching lyrical fury.

2016’s Fetish Bones bore similar wormholes between past and present, but given the ensuing shower of bullshit, that Ayewa’s project is ever-ongoing should speak to a deeper need for revolutions. The giant, knotted twine ball of racism-colonialism-capitalism-patriarchy is impossible to untie; if Moor Mother’s protest music can’t unravel it completely, it can at least determine what the threads are made from. 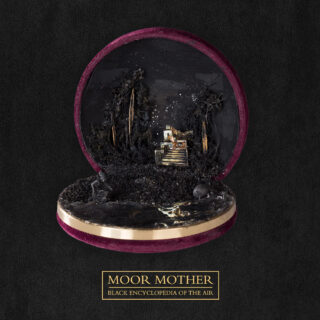