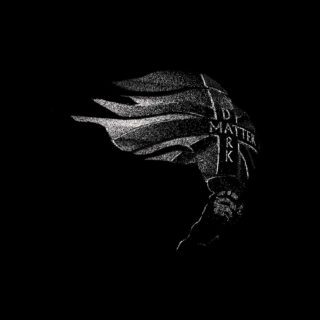 Over the course of the past four years Moses Boyd has won two MOBOs, graduated from the prestigious Trinity Laban Conservatoire of Music and Dance in Greenwich, toured with Sampha, collaborated relentlessly, picked up a slew of production credits, scored fashion shows for Louis Vuitton and contributed to last year’s soundtrack for The Lion King. Why, then, does it feel as if the pressure’s still on him to deliver a real mission statement with this debut solo record? The answer is in the fact that the album is his first under his own name; with such a wildly varied CV already accrued, how does he figure out how best to sonically define Moses Boyd?

On this evidence, it’s by careening through styles at breakneck pace, retaining a strong sense of his jazz roots whilst greedily hoovering up key touchpoints from across a clutch of other genres. The jazz scene in Boyd’s native London is arguably in its rudest health for decades, and that success is something he’s already shared in, having drummed on Sons of Kemet’s incendiary Your Queen Is a Reptile in 2018. As with so much of the city’s finest recent output – SEED Ensemble’s Driftglass and Nérija’s Blume are a couple of cases in point – the capital’s past and present live and breathe on Dark Matter.

In that respect, Boyd spins the stylistic wheel in a manner that sees him deftly incorporate everything from grime to afrobeat (the thrilling ‘Dancing in the Dark’ is a case in point on the latter, with a brooding star turn from spoken-word innovator Obongjayar), and he makes that leap via such left turns as the frosty ‘Only You’, which comes off like Burial remixing industrial metal, and the simmering tension of closer ‘What Now?’, which almost hints at post-rock.

In the background throughout is the spectre of his hometown’s club scene – ‘Nommos Descent’ and ‘Shades of You’ evoke UK garage and UK funky, respectively – with Boyd’s drumming providing the through-line.

Perhaps the closest point of comparison for the alchemy that’s been achieved here is the similarly rich blend of jazz and electro that Shigeto pioneered in Detroit with his early releases on Ghostly, and it seems fitting that an album this varied should announce a talent this singular. It is, after all, Dark Matter’s lack of regard for traditional boundaries that makes it so engaging.