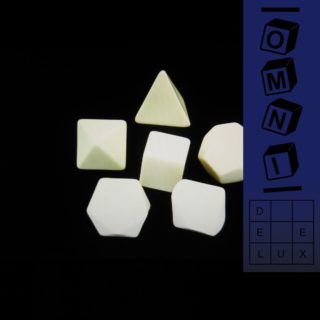 Negating the blues-rooted, formulaic progressions of trad-rock in a way that’s refreshingly playful, Atlanta-based Omni take all of the best aspects of late-70s/early-80s outsider pop and blend it with a melodic impulse that makes this debut LP prevail. It’s all too easy to accuse them of being derivative – the spidery, stop-start arrangements recall the likes of Pylon and Television at their most affecting, while the skewed, dance-inducing hooks on opener ‘Afterlife’ share noticeable sonic likenesses with Devo and Shopping – but their nostalgic tendencies are knowing and inspired, rather than merely imitative.

It’s this ability to take from various influences without a hint of contrivance that makes Omni a welcome addition among the less convincing proponents of lo-fi. Effusive production techniques are forgone in favour of something primitive and fun – nothing sounds clean or overly accomplished, but their pop sensibility makes for something that’s still FM-friendly. Ultimately, ‘Deluxe’ often sounds like a guitar pop classic, and that’s exactly what this is – a pop record; one that works outside of all the predictabilities of the genre. It’s not exactly a singular quality, but it’s a complete joy to listen to.