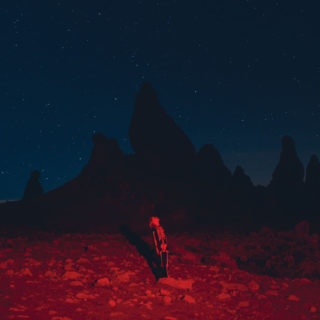 Three years ago, there was only one Phoebe Bridgers. The 23-year-old who put out Stranger in the Alps in 2017 did so with the benefit of relative anonymity. Even allowing for the buzz that her Killer EP had generated, she drew Alps on a blank slate, with a precocious emotional literacy that spoke for itself. Here was a new voice finding the poetic in the conversational, approaching storytelling like a particularly wily boxer, reeling in the listener with the seemingly mundane and then landing gut-wrenching haymakers (see “I buried a hatchet, it’s coming up lavender” from ‘Smoke Signals’ or “Jesus Christ, I’m so blue all the time” from ‘Funeral’).

In the process, Bridgers struck a chord, particularly with the cross-section of her audience her own age. For those born in the 1990s or later, there’s something deeply relatable in the chronic thrum of nagging, low-level depression that runs through her work, as well as in the softly cynical gallows wit that she’s so adept at countering it with. This is why, as she releases Punisher, she’s no longer an unknown quantity but, rather, one of her generation’s most prominent solo artists. Recent collaborations with The 1975 surprised nobody; Matty Healy shares her ability to cut to the core of the millennial condition.

In 2020, there are myriad versions of Bridgers. There’s the Bridgers that matched Conor Oberst blow-for-blow on last year’s Better Oblivion Community Center record, which was better than those kinds of crossovers ever tend to be. There’s the Bridgers who’d already proved, in 2018, that she plays well with others with the Boygenius EP. There’s Bridgers the deliciously wry Twitter shitposter, who increasingly is beginning to sound more like dril than dril (exhibit A, May 1st: “one time my ex challenged my other ex to a fight in the 7-eleven parking lot and I never felt more like a Lady”).

And then, there’s Bridgers the musician, often overlooked in discussion of her work, as if somehow the lyrics and their wider meaning have thus far transcended their delivery systems. It’s the obvious place to start with Punisher because it involves, if not a wholesale reinvention of the palette, a careful augmentation of it. More so than on Stranger in the Alps, a record on which the electric crunch of ‘Motion Sickness’ was the outlier and that was largely characterised by acoustic guitar and tastefully restrained strings, it feels much more as if the medium is the message here.

The early singles set the tone in that respect; there’s the tranquil burbling of the reverb that runs under ‘Garden Song’, and the buoyancy of the trumpets on ‘Kyoto’, by far the closest Bridgers has yet come to out-and-out pop. Elsewhere on the record, more gentle progress; like ‘Garden Song’, the gorgeous title track is defined by its lilting, arpeggiated guitar loop, whilst ‘Graceland Too’ pairs softly plucked banjo with fluttering strings and brings in fellow boy geniuses Julien Baker and Lucy Dacus on backing vocals; there’s a country bent to it, and it comes off like a particularly mellow nod to Trio, that three-way collaboration between Dolly Parton, Emmylou Harris and Linda Rondstadt.

Closer ‘I Know the End’ is an epic slow-burner, the instrumental backdrop building to a gallop in tandem with the track’s emotional arc, culminating in a cacophony of drums, brass and a roared group vocal. Stranger in the Alps was a pretty slight affair musically; Punisher is altogether lusher. ‘Halloween’, though, is perhaps the most instructive track; defined mainly by a soft, thudding drum and a hushed acoustic, it hides flickers of other ideas in the background – a tiny bit of saxophone here, a fleeting twinkle of piano there, a gossamer-thin vocal from Oberst that arrives only in the dying seconds.

There are a few ways you could read this, but it’s tricky to shake the sense that Bridgers has flirted with new ideas and then ghosted some of them. Oberst is not the only high-profile contributor to Punisher to make a low-key appearance; Nick Zinner and Jenny Lee Lindberg are usually highly distinctive players, but they’re difficult to pick out from the crowd here. The production is cohesive, but pretty risk-averse, too.

That’s not an accusation that can be levelled at Punisher across the board, though. Lyrically, the easiest thing for Bridgers to do would’ve been to serve up a dozen more tales of heartbreak, depression and millennial ennui, in a manner that would’ve made the record Stranger in the Alps, Part 2. Those moments exist, but it’s telling that she’s forthright about the changes in her circumstances from the start, with both halves of the opening one-two acknowledging the runaway success of the last two or three years – and the fact that it hasn’t made her a great deal happier. “I have everything I wanted” is ‘Garden Song’s final line, concluding a track that alludes to both light and shade, to upticks in her mental health and to recurrent nightmares.

When she tackles impostor syndrome head-on with ‘Kyoto’, meanwhile, there’s some risk involved; in certain minds, lines like “I wanted to see the world / then I flew over the ocean and I changed my mind” are going to conjure up the image of Scarlett Johansson moping around Japan in Lost in Translation, indulging herself in her quarter-life crisis whilst in the midst of a travel opportunity denied to most. Further investigation, though, reveals the song to be about the psychological scars left by her abusive father, still stinging when she’s both literally and figuratively a world away from him.

Still, most people can relate to, for instance, the guilt spiral that ‘Funeral’ described. Considerably fewer will know what it’s like to realise dreams and find out the grass isn’t necessarily greener. These songs will not be as broadly relatable as those on Stranger in the Alps. That Bridgers has written them anyway is a testament to the authenticity of her work.

She’s prioritised honesty over crowd-pleasing, and offered up every bit as much of herself as last time around – from the frankly brutal ‘I See You’, a recounting of her breakup with her drummer (“I hate your mom / I hate when she opens her mouth”) to those little referential vignettes that provide such neat snapshots into the way her mind works (feeling bad about hating ‘Tears in Heaven’, for instance, or joking that “somebody better be dying” if she’s woken by sirens blaring past her house). This is an awkward record in places, but then, so is Bridgers; her sheer force of personality remains her greatest asset, and it’s more than enough to carry Punisher over the line. 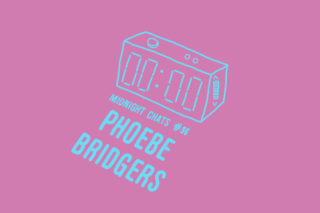