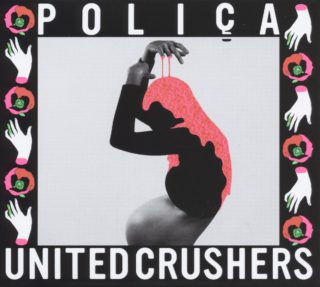 When Poliça arrived in 2012, they did so via a soothsaying blog post from Jay Z (so much for ‘death of auto-tune’) and an over-excited endorsement from Justin Vernon, who’d just been validated himself by the Grammys. It’s easy to see why the music was always mentioned second. It was a brief time, though, and soon enough Poliça’s ‘Give You The Ghost’ LP was revered not for who told you about it but for its genuinely inventive take on modern RnB. Combining elements of trip-hop and dub with love-bruised robo vocals, an Aaliyah obsession and cloudy beats for late nights abandoned by love, Poliça’s melancholia didn’t just sound like nobody else, it felt unique, too – an impressive trick that they’re still pulling off two albums later.

Part of that early appeal was down to the group’s origins, though – the romance of accidence, and how ‘Give You The Ghost’ was an album of Ryan Olson’s leftover hip-hop instrumentals, over which fellow ex-Gayngs member Channy Leaneagh lay sweetly gargling confessionals that bubbled on the strange half notes produced by a purposefully extreme amount of auto-tune. Follow up album ‘Shulamith’ was in turn cleaner, more planned, and the magic of a group ‘making-do’ was noticeably absent. In isolation it was more than a fine record, but next to ‘Give You The Ghost’ it was looking like Poliça’s silent weapon (serendipity) was naturally impossible to ever recreate. ‘United Crushers’ is here to debunk the notion that Poliça are doomed by their own experience with the simplest of tools – better songs.

Leaneagh’s switched up a couple of things here. Most notable is how much she’s dialled back the vocal effects, save for on the first half of the opening ‘Summer Please’, where she’s dropped a few octaves to make herself sound like a deep-voiced man. It’s a red herring for what follows, although even though there’s only a touch of auto-tune on ‘United Crushers’, it’s kinda beside the point – as before, her lyrics are somewhat abstract in their repetition, and Leaneagh sings as if pulling back the ends of words to make a lot of phrases even more difficult to decipher. More than ever it’s worth cocking an ear, though, as ‘United Crushers’ not only laments relationships gone wrong once again but also guns for social injustice, war, celebrity and what it’s like to live in trigger-happy, modern America.

This is a record that opens with the line “Whatchya wanna be when you’re big enough to see it’s all shit?” and later adds to the rhetoric on ‘Melting Pot’ with “How you gonna suck off fame while you pull your corset tighter?” A little further down the line, on ‘Fish’, Leaneagh is more familiarly vulnerable when confessing to not being as strong as she may appear on stage, and tracks like the funky ‘Baby Sucks’ and the closing ‘Lose You’ are more in Poliça’s heartbroken mould of old.

But yes, you do need to really listen to pick up just how pissed the lyrics of ‘Wedding’ are (it’s about police brutality), but victorious, also – joyous even. That’s what Ryan Olson has always balanced so well throughout this project – producing a deep, dubby backdrop that fills in the gaps in Leaneagh’s clarity, meaning you can feel the theatrical weight of ‘United Crushers’’s themes even if you can’t out and out hear them. 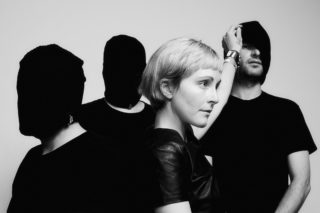