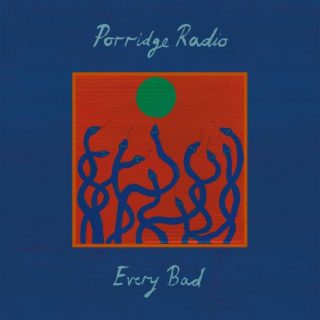 The key line on Porridge Radio’s new album arrives on ‘Lilac’. “I don’t want to get bitter / I want us to get better,” wrestles the Brighton quartet’s Dana Margolin over slacker indie instrumentation. It encapsulates the record’s drive towards self-understanding, which frequently sees her repeating phrases until she either believes in them or they can no longer harm her.

These mantras teeter towards the confessional but pull back by dint of her delivery, which rages with the power of conviction and a lack of self-pity. The lo-fi grunge of ‘Sweet’, for instance, centres on a conversation between mother and daughter. “And are you still so depressed?” one asks the other futilely but firmly, having exchanged gifts.

It’s an attention to detail that extends to the music, despite it being superficially punky in approach. The long, cool synth lines on ‘(Something)’ form a bed for a roboticised vocal that reflects the depersonalising effect of a toxic relationship. The guitars on ‘Nephews’, on which she dreams of being with her relatives “under the sea”, simulate the wash of water.

The project was birthed from the open mic nights Margolin used to play, and there’s a clear sense that she’s the ringleader as she revels in the noisy energy of her bandmates. The dual vocals on the jittery goth pop of ‘Don’t Ask Me Twice’ are a case in point.

If it’s taken a long time to release their first ‘proper’ album then it was worth the wait, despite Margolin’s warning shot on ‘Homecoming Song’ that, “there’s nothing inside.”