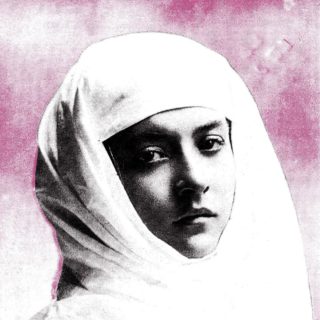 In coming from a bankrupt city as dramatic as Detroit, Protomartyr attract one prevailing, flimsy comment – how their dejected-sounding post-punk could only come from that deserted place. Iggy & The Stooges are thrown in to bolster the idea even though it pulls it apart when you consider how Protomatyr’s music is so wiry and dry and clearly more at home in 1970s Manchester. Comparisons to The Fall (of which there are also a lot) ring far truer, and they never even went to Detroit.

Truth is a big theme on ‘Relatives In Decent’, joining the heavy sense of unexpected hope in resignation that’s filled the band’s previous three albums and is still present here in Joe Casey’s cryptic lyrics. Casey still mumbles and slurs to make lines rhyme even when they don’t. With his words in front of you it’s still difficult to decipher exactly what he means, which helps the album steer clear of being a tacky “fake news” concept piece. Protomartyr are smarter than that and Casey’s love for language and James Joyce chatters through the half-cut yabber of ‘Here Is The Thing’ (a drunk’s version of the facts) and murmurs through the chug of ‘Half Sister’, which contains fictional news stories about talking horses.

A lot of the tracks come in pairs, eschewing which is true, if any. Opener ‘A Private Understanding’ says it all, although unpicking Casey’s input is just one way to pore over a punk record as expertly played as this, from every slow build, every dark groove, every moment of hidden beauty.