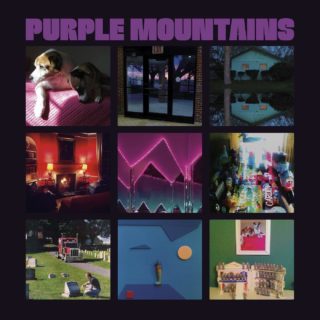 After disbanding the beloved indie rock outfit Silver Jews in 2009, frontman David Berman embarked on a decade-long hiatus from making his own music and lived the tragi-comic life of a failed creative. Whole albums featuring Black Mountain, Jeff Tweedy and The Black Keys guitarist Dan Auerbach were scrapped. Talks with HBO about a potential exposé of his estranged multi-millionaire lobbyist father Richard Berman (a man whom Berman once called a “world historical motherfucking son of a bitch (sorry grandma)”) fell flat. Sequestered in sublets in DC then Chicago, Berman paved a course that would eventually bring him home with renewed clarity, finally taking on Brooklyn group Woods as his backing band and donning the new moniker of Purple Mountains. But like most stories of rebirth, there may be any number of deaths.

For Berman, the most significant was his mother’s. “I don’t have religion or culture. I don’t have anything I can believe in when I’m really scared,” Berman said in an interview. “When I play the songs, I feel the fear disappear.” Out came ‘I Loved Being My Mother’s Son’, as tender and honest a song Berman ever wrote. ‘Nights That Won’t Happen’ is similarly dedicated to the dead, a glistening ode made all the more poignant by Berman’s uncanny sense for a turn of phrase: “the dead know what they’re doing when they leave this world behind.”

But in Berman’s work, coping often goes hand-in-hand with humour. If the rhetorical dismissal of the metaphorical for the painfully literal is the style du jour for introspective male singer-songwriters — see Mount Eerie’s A Crow Looked At Me, Sun Kil Moon’s recents, Father John Misty’s Pure Comedy — Berman’s return is that of the loveable, down-and-out clown prince. Backed by Woods’ dive bar country band swing, tales of Berman’s jeopardised genitalia thrill-seeking (‘That’s Just The Way That I Feel’) and dining-alone musings on the single life (‘Maybe I’m The Only One For Me’) offer some comic relief to Berman’s self-psychoanalysis.

Then there’s the other shade haunting Purple Mountains: Silver Jews member and former wife Cassie Berman. There’s something unsavoury about observing high profile separations, especially when they’re injected into an album’s press cycle against any participants’ wishes (implicitly by PR agencies or explicitly by journalists). But as heavily biographical as album highlight ‘Darkness and Cold’ and ‘She’s Making Friends, I’m Turning Stranger’ appear, Berman’s self-pity is tempered with an overall acceptance of responsibility for sabotaging his own relationships. They bring to mind the end of Bob Dylan’s arch of resignation on Blood on the Tracks, with a similar lyrical flare and inordinate penchant for storytelling.

Where 2008’s Lookout Mountain, Lookout Sea felt like a group affair, Purple Mountains re-centres the experiences of David Berman in a way unheard since his 90s output. Despite the long silence, he’s still the “old wreck” he’s always been, for whom pain and suffering can only be doctored, if only partially, by songwriting. Ultimately, Purple Mountains, more than any other of his records, is his attempt to atone, to grow. “Well I don’t like talking to myself” begins opener ‘That’s Just The Way That I Feel’, and so Berman deigns to share his “decade playing chicken with oblivion” with us. After all he’s been through, what else could he do? 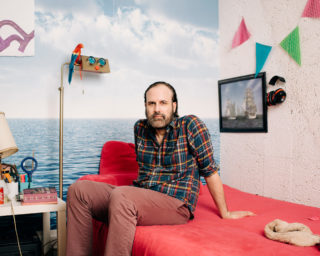