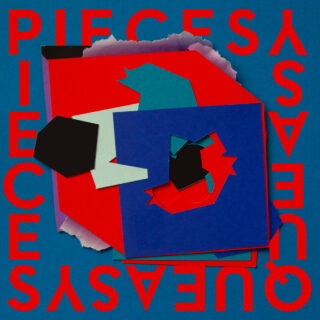 There’s something really satisfying about a record with a clear, coherent idea of what it wants to be. This album by one-man DIY pop project Queasy Pieces is admirably compact and intentional, the bizarro new wave of Devo combined with Molly Nilsson-like auteurism and restless Power Lunches itch-punk. Tinny drum machines and tremulous vocals rattle and somersault around one another with knowing vim, and the occasional spoken skits – think David Byrne’s oddball sidebars rather than landfill sprechgesang – are just arch enough to offer a diverting counterpoint to the histrionics found elsewhere within these tight, economical tracks.

It’s perhaps not the most original-sounding project, very much of a piece with the kinds of lineups one could expect at Upset The Rhythm all-dayers or the Night School catalogue at any point over the last decade or so, but it’s an undeniably spirited, dextrous iteration of an otherwise familiar aesthetic. Perhaps central to its appeal is Queasy Pieces’ ear for a hook – ‘Turn That Wagon Around’ has an appropriately juggernaut-y chorus, while the meandering verses of ‘Rapid Growth’ wrap themselves insistently around a compelling piano loop – meaning that even when the record gets a little carried away by its own daft momentum, a reassuringly engaging melody is never far away.