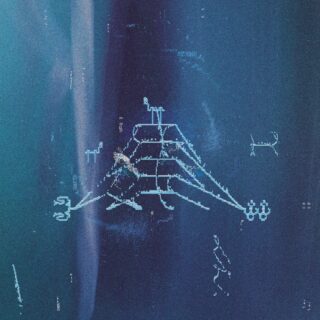 Azure feels like an album that was made slowly, and it was. Belgian producer SKY H1 has been working on it for a while, having gradually built up the material while touring globally, adapting sound for a range of creative contexts before re-integrating the divergent results into a single release. This adds up to a dense, expansive piece of work, its cloying ambience staggered over nine tracks that lap away at one another’s edges, thick and fluent.

Early Aphex Twin casts a long shadow over much of Azure, the tickling 808s and gloopy reverb of a track like ‘Darklite’ a little too close to the iconic likes of ‘Xtal’ or ‘Alberto Balsam’ for comfort. Yet when SKY H1 shrugs off the Richard D. James influence in favour of more inquisitive, unsettled atmospherics, the record really comes into its own. Glacial opener ‘Labyrinth’ is a case in point, great swathes of synth seeping from the speakers with an organic elegance as higher-pitched keys follow along to trace out the harmonic contours of the stately chordal loop. The sheer richness of the pads alone is an impressive feat – you can really hear the endless hours of tweaking and layering that have created this sonic depth.

Later in the record, percussion is introduced once again, with tracks like ‘Freefall’ a satisfying midpoint between SKY H1’s most original production moments and the more boilerplate Selected Ambient Work that colours Azure’s less impressive points. Taken as a whole, this is an intriguingly detailed, painstaking release, suggestive of even more exhilarating things to come from this producer.