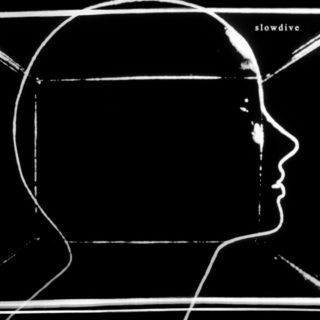 Returning to Slowdive’s latest album is like plunging back into the pool after a long hot bake in the sun. They have always dealt supremely in a feeling of absolute immersion and their first album in 22 years is no different as the album opens with distant clangs of guitar that replicate the sensation of ripples of water gently lapping against your ears as your head bobs atop of waves. ‘Slomo’ then grows gently and as the drums kick in it almost teases going into Bruce Springsteen’s ‘The Streets of Philadelphia’ for a few moments before the spiralling guitars wrap around one another to create a pop-tinged melody that sets the tone for a record that feels as quietly euphoric as it often does melancholic.

Few guitar or indie bands have explored texture as successfully and thoughtfully as Slowdive did and in the early ’90s as crunchy guitars, muff-drenched basses, coarse vocals and the drive of grunge and Britpop began to lead the way, the band were both literally and metaphorically submerging as everyone else was emerging. The constant introverts to the period’s increasing extrovert bravado. Many of the groups that have spawned in the absence of, and been influenced by, the band – after they disappeared and never got to tour their enormously overlooked ‘Pygmalion’ album – seem to have missed the essence of their quiet forcefulness. Instead they’ve opted for rising hands-in-the-air guitars, the sort that Slowdive chose to hide underneath endless clouds of effects to render them more engulfing and hypnotic – avoiding the easy pay off.

The temptation for the band to come back with any sort of loud bang appears to have been tamed to the contents of the lead single, ‘Star Roving’, which thankfully is as about as template euphoric indie as the album gets. Instead Slowdive have managed what is quite a remarkable feat in retaining a sonic template rooted in the deeply atmospheric fogs they can so seamlessly mould whilst creating a tone that feels contemporary, youthful, and pop-flavoured, exuding the sort of gentle thunder that group’s like The XX are capable of at their best.

As ever the vocals feel often like textural additions more than they do defined declarations but even without that there seems to be an overwhelming ode to, and clinging onto, love that floats through the record like a lost soul. The understated beauty and endlessly absorbing ‘Sugar for the Pill’ is perhaps the album’s greatest capturing of this.

The band’s restrained and thoughtful palate feels exemplified in the album’s short 8 tracks too, which largely all breeze by quickly like a hazy train journey as the warmth of the sun beats through the thick glass, lulling you into a state of rolling, blissful comfort.

Most crucially, however, in a time of ever increasing fruitless and cynical reunions, is that this album genuinely justifies the return. It doesn’t feel like an afterthought to keep the money train of touring rolling on but instead a genuinely new statement of expression and artistic intent from a group who were initially cut short not by their own lack of promise but by the fickleness of the industry.