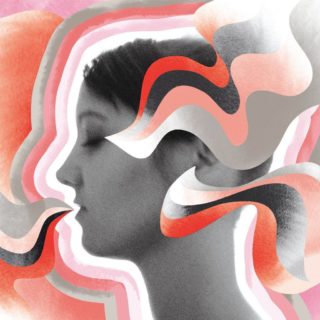 More than most, Swiss songwriter Sophie Hunger knows that constant motion is key to avoiding creative stagnation. Daughter of a diplomat, the artist spent much of her youth moving around, and it’s been the same in adulthood, though she’s settled in Berlin for the moment. This is album seven of her career, and her way of fuelling forward propulsion is to introduce an element of jeopardy: she’s done that by teaming up with producer Dan Carey (boss of Speedy Wunderground), booking two days at Abbey Road Studio 2 and limiting the recording of this collection to a handful of live takes. Those self-imposed red lines work – you can hear a delicate tension in the atmosphere – and give the record a healthy, precise focus. The whole work wears crisp but eerie clothing, not unlike Portishead’s best output.

Earlier this year Fiona Apple’s Fetch The Bolt Cutters almost broke Metacritic, such was the rapturous critical reception; along not-too-distant lines, there’s a bountiful amount of idiosyncratic songwriting to enjoy here, too. ‘Liquid Air’ is a motoring krautrock song, until it adds psychedelic layers like Caribou; ‘Everything Is Good’ floppy-eared fairground pop with a defiant undertone.