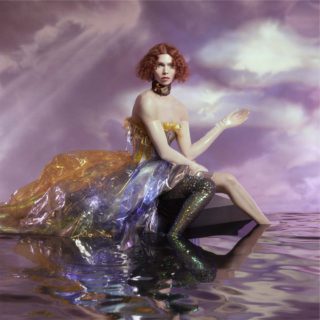 Since the release of ‘Bipp’ in 2013, we’ve seen SOPHIE transform from an anonymous beatmaker, to PC Music figurehead, to cult hero, to in-demand mainstream producer. Her brash approach to pop has made her a go-to collaborator for artists like Charli-XCX, Vince Staples and Madonna, but the emotional power of her work – in its exploration of identity, internet existence and gender – has always gone understated.

With her debut, ‘Oil of Every Pearls Un-Insides’, she transforms again, into a tangible human being. Previous SOPHIE tracks, such as those from her singles compilation ‘PRODUCT’, playfully masked the artist’s true emotions with cold, metallic beatwork, and an even colder approach to irony. The sleek, hyperreal pop bangers that she became known for are certainly present here, but clever sequencing and memorable lyrical mantras form together to create something utterly cathartic.

She opens with ‘It’s Okay to Cry’, a disarming piece of balladry that twists her typical uncanny-valley emulation of emotions into something with genuine warmth. When the plastic synths and gunshot toms enter at the climax, the album’s themes of acceptance, connection and transformation come into place.

And then she pivots into some of the most gloriously silly tracks in her repertoire. Early single ‘Ponyboy’ is a snarling BDSM anthem that reduces sex music to its darkest edges. It’s weighty and exciting, despite being made of little but a chugging rhythm and warped vocals. SOPHIE has always incorporated sinister interpretations of sex into her music, but going from such a gentle opener to this only emphasises the forcefulness. ‘Faceshopping’ is even stronger. Its dissection of body image and virtual identities is downright poetic, without sucking any of the fun out of its ridiculous beat – gurgling, hyperactive and vicious.

From here, SOPHIE moves us into unknown territory. It was a clever move to open with singles her eager fans will have already fallen for; now, she experiments with weightless ambient-inspired pieces. ‘It’s Cold in the Water’ is a stunning synth overture, carried by a wilted falsetto. ‘Infatuation’ is an eerie R&B song with its heart ripped out. ‘Not Okay’, continues with a caustic, disintegrated house cut that feels more fit for a breakdown than a dancefloor. And ‘Pretending’, the most depressive of this section, wanders through bleak, blossoming textures that are ambiguous and alien. These pieces combine to form a personal journey that once again uses that clever distancing to an artistic advantage, culminating in ‘Immaterial’, an easy song of the year contender, as bubblegum as anything SOPHIE has produced. The nine-minute closer ‘Whole New World/Pretend World’ is where SOPHIE underlines her intention to dominate, with production flex after production flex. 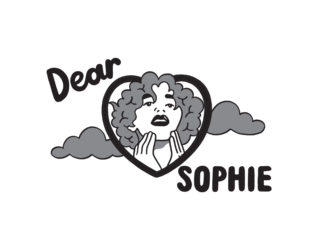 When SOPHIE hooks up with vocalists they embark on mutual transformations