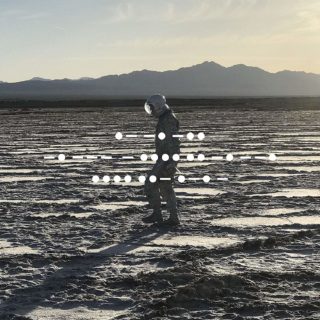 If Spiritualized’s eighth studio album is really to be their last, as Jason Pierce has hinted in recent months, then invoking the proposed epitaph for Slaughterhouse 5’s Billy Pilgrim (“everything was beautiful and nothing hurt”) seems apt: after all, Pierce’s career has been defined by a certain sort of resigned optimist/fatalist romanticism, packed with extremes of love and pain, beauty and anger, cacophony and drone, all kicking against the unforgiving harshness of real life in his perfectionist quest for some measure of musical utopia.

While the ideological positioning may be perfect for a swansong, though, the album’s content is uneven. Citing a lack of funds to make the album that Pierce was hearing in his head, ‘And Nothing Hurt’ was instead recorded straight into a laptop at home, with the aim of exploiting advances in portable technology to mimic the scale of Spiritualized’s previous epics. Unfortunately, however, the results present something of an unintentional advert for the irreplaceable power of expensive studio recording, as multiple tracks present gorgeous songwriting paired with tantalisingly underpowered production: frequently, the album longs to explode heavenward, but lacks the necessary muscle.

One advantage to this is that Pierce’s singing voice, stripped of almost any manipulation, has seldom sounded so intimate, disconcertingly earthbound and consequently rather affecting; around that, though, synthetic string parts and low-wattage rhythm sections leave promising songs sounding like well-developed demos. ‘Let’s Dance’, with its Velvetsy nursery song slink, meanders instead of building; ‘On The Sunshine’, similarly, rings with ersatz din. Only ‘The Morning After’, a classic Spiritualized 8-minute/2-chord wonder, truly achieves take-off: the honking brass squall and rattling organs are equal to Pierce’s best work, and an entire album of this to send the Spiritualized project off into deep space would be an unmitigated triumph.

As it is, though, most of ‘And Nothing Hurt’’s best moments are its most tender. ‘Here It Comes’ is a comfortingly small-horizoned country-rock love song about life on the road, charmingly and gently tear-jerkingly middle-aged. Equally, if ‘Sail On Through’ turns out to be Spiritualized’s final song, it’s a fitting farewell: far rounder and more complex than much of what precedes it, Pierce arrives in his last frame customarily cracked and damaged, but also hopeful. Indeed, as Morse code spells out the album’s title during the fade, one can almost picture Billy Pilgrim observing Spiritualized’s end as he did so many others, sighing, wistfully, “so it goes”. 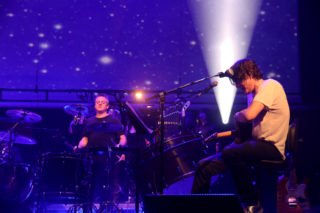