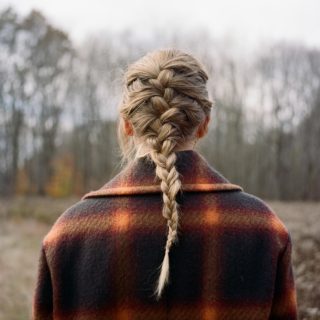 Increasingly, we measure out our pop stars in eras. On folklore, Taylor Swift was an introspective symphony in knitwear, rather than the girl-next-door of Red or woman scorned of Reputation. evermore is a direct companion piece, meaning that the aesthetic continues to involve moody strolls through wintry woods; sonically, that translates as acoustic guitar, piano, vocals, and not a great deal else.

If folklore suggested it, then evermore confirms it. There’s nobody on the planet better at the verse-chorus-verse-chorus-middle eight-verse-chorus pop structure than Swift; listening to these records, you’d honestly think she invented it. The Netflix documentary Miss Americana gave us a glimpse into how she appears to be able to summon up melodies that fit that blueprint at will, and on folklore, when she made it work, the songs soared in a manner that make you wonder why she ever bothered with musical accoutrements beyond the tasteful palette she’s composed with The National’s Aaron Dessner.

That said, another collection of seventeen songs in precisely the same mould less than five months since the last helping was perhaps always going to seem like much of a muchness and it’s telling that the standouts here are the ones that nudge at the prescribed parameters by bringing in quietly driving beats; ‘coney island’, for instance, a stately duet with Matt Berninger, or ‘gold rush’, which plays like a more contemplative cousin to Lorde’s ‘Green Light’.

The breadth of Swift’s fanbase demands a universality to the lyrics – broken hearts, fractured friendships – and again, evermore is at its most potent when she strives to push beyond that: ‘no body, no crime’, a millennial reimagining of Whitney Houston’s ‘It’s Not Right, But It’s Okay’, is brilliantly witty, but there doesn’t seem to be anything that forms an engaging narrative throughline the way ‘cardigan’, ‘august’ and ‘betty’ did on folklore.

Ultimately, the kaleidoscopic brilliance of 1989 reminds us that Swift’s at her best when she’s trying on different hats across the same album – territory to which she’ll surely return once the world is the right way up again. Until then, evermore provides a handsome, bare-bones platform for her ability as a songwriter. ’Tis the damn season.