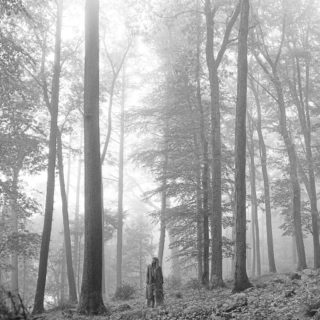 You can take it as gospel that the rest of this year will be inundated with grainy black and white photographs and an insistence on styling every sentence in lower-case letters. Taylor Swift’s eighth album folklore dropped from nowhere, alongside the head-spinning news that it was co-written by The National’s Aaron Dessner, and features an acclaimed if not discreet list of contributors, from Jack Antonoff to Bon Iver, Bryce Dessner and a veritable ensemble from the 37d03d collective. Gone are the Katy Perry diss tracks and the Kanye sub-tweets, and (most of) the “Easter Eggs” that she hides in her visuals as secret messages for fans that can’t stick-it-out with the crossword on a Sunday. You don’t have to be a follower of Taylor Swift’s music to know that myth-busting the sideshow is an integral part of the fandom. folklore is a meditative break from the intensity, though; she’s never centred an album on herself less than this, and in turn she has never sounded more human.

Album opener ‘the 1’ is a simple, unassuming highlight of folklore, nostalgic for hypothetical love and experience, existing wholly within itself. Swift’s conversational tone is as matter-of-fact as it is plaintive, as teasing as it is aching: “You know the greatest loves of all time are over now… but it would’ve been fun if you would’ve been the one.” Dessner’s production is unmistakable; the post-High Violet indie glitch and noodling carries through from the start of ‘the last great american dynasty’ (think, if Sleep Well Beast was chirpy telephone hold music) and ‘cardigan’, which rips off his own piano melody from last year’s ‘Light Years’. But there are character arcs – both fictional and true – that illustrate Swift’s most acute storytelling to date, from “mad woman” and tales of socialite Rebekah Harkness, whose own introspections are mapped back onto Swift’s: “When I was young I knew everything,” she sings, not too dissimilarly from The National’s “It’ll take a better war to kill a college man like me.”

Anyway, for the surprisingly large cross-section of “worlds collide” fans who have emerged in wake of the announcement – who start their nights dancing to 1989 and end them crying to Boxer – folklore is the bridge. The brilliant one-two punch of ‘seven’ and ‘august’ is pretty limp, but if everyone hit like that we might have more friends. Elsewhere, folklore is still heavy-handed in a lot of its lyricism and imagery. From dodgy metaphors about associating oneself with an unloved piece of knitwear, to over-explained meanings (“I am a mirrorball… I’ll show you every version of yourself tonight.” Here is my analogy and this is what I mean!) It’s strange, too, hearing Justin Vernon singing Swift’s lyrics with such directness. Usually a voice that’s an ambassador of lyrical obscurity and borderline nonsense, Vernon here has been thrown into the most literal, hyperbolic and upfront world. As for ‘my tears ricochet’, attempting to turn an image of vulnerability into empowerment, just imagine the distress when the moment you start crying, your tears bounce around the room like tennis balls.

The grandeur goes without saying, of course. This album was so much of a big deal it was built on NDAs; half of the players apparently didn’t know what album they were playing on. Taylor’s record label had no idea it was coming, and by the sounds of it, neither did she until a brief rush of isolation inspiration. In Swift’s ever-morphing musical output from acoustic country to glittering arena-ready pop, folklore’s sad-but-polished indie is a welcome break from expectation. Sure, it’s about seven tracks too long, overly-saccharine and with a penchant for over-dramatics, but it’s pretty good.