When The Lemon Twigs released ‘Do Hollywood’ in 2016 you knew how you felt about it, didn’t you? I mean, you either like unashamed classic ’70s touchstones (the themes from Minder and Grange Hill, Martin Scorsese prom waltzes, the absurdity of Queen – sometimes all played at once), or you really don’t. Just how wacky were you feeling back then? If you really weren’t – and if the D’Addario brothers’ flamboyant, glam-rock live chops did little to change your mind – you’ll have to be in a very different headspace right now to back ‘Go To School’. It’s a musical, of course – the most ’70s and ridiculous of all musical expressions. It features the band’s heroes Todd Rundgren and Jody Stephens from Big Star. It’s about Bill and Carol and their son Shane as he enters high school. Shane is a chimpanzee.

Now, I’m sure you can imagine the problems that that creates within ‘Go To School’’s 15-track narrative (kids can be so cruel), but what I think you can also imagine is exactly how this record sounds. For all their eccentricities, The Lemon Twigs are master magpies, so here it’s all obnoxious stage school vocals of the lead singing like a spider and over emoting. It’s bonkers song structures and big crescendos. But it’s all about a chimpanzee. There’s a lovely bosa nova number called ‘Bully’ (all about a chimpanzee), a Love-esque track that is grand and full of dreamy strings called ‘The Student Becomes The Teacher’ (about a chimpanzee), a song about the “queen of the school” fucking (a chimpanzee). I keep getting a hook in my head, but the line is, “I know how you like your bananas.” I’m going to give it a 5. 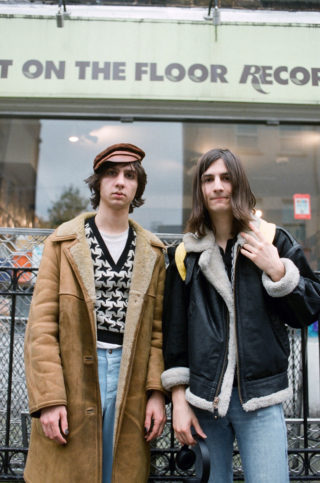