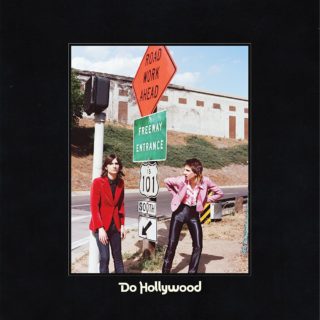 Listen to The Lemon Twigs’ debut album for long enough and you’ll completely normalise to its ADHD, 1970s acrobatic. It should take five goes, which, y’know, might as well be a million in 2016.

Teenage brothers Michael and Brian D’Addario, although 17 and 19, respectively, do appear to be from another time, and the opening ‘I Wanna Prove To You’ is a fitting encapsulation for this grab-bag album that’s so blatantly influenced by many sounds of the ’70s, yet feverishly employs them all at the same time. It starts off like the Minder theme tune only to skip to Wings within 15 seconds. By the waltzing, prom night chorus Martin Scorsese’s Goodfellas really should be garrotting each other in Buicks and Mercedes.

This completely uninhibited approach continues in exact schizophrenic fashion that’s as daft as it sounds, yet remains almost astounding on account of the brothers’ unquestionable music talents – their influences might be Classic Rock for Dummies (there’s a lot of Queen’s operatic here, solo career Lennon and McCartney, Big Star and The Bay City Rollers), but ‘Do Hollywood’ plays like a bonkers (a perfect word) show-reel of a fandom match by ability.

It’s going to drive a lot of people mad – I mean, ‘These Words’ inadvertently starts off sounding like the Grange Hill theme and the recurring vaudeville circus music is a little over whacky. Five listens and give in to its very nervous energy.