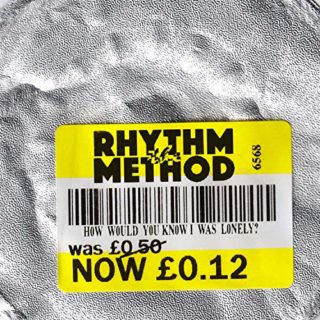 The most tantalising thing about How Would You Know I Was Lonely is that the record it clearly aspires to be – a witty, warm, warts-and-all portrayal of the (sub)urban millennial youth experience in post-crash, austerity-era broken Britain – is exactly the record we need in 2019. After all, no band since The Streets has reflected its own generation that honestly, and given that Original Pirate Material came out closer to Live Aid and the entire career of The Smiths than it did to the present day, an update is sorely required.

Unfortunately, though, after four years of hype, the Rhythm Method’s ego is now writing cheques their music can’t cash: despite their initial promise (the absence here of genuinely arresting early singles ‘Home Sweet Home’ and ‘Party Politics’ is keenly felt), their debut album rather bottles it, presenting instead a series of superficially amusing but ultimately bland songs that prefer puns and cheap pop-cultural reference point-scoring to anything more incisive.

Accordingly, we get ‘Ode 2 Joey’, which starts to look at disassociation and quarter-life crisis ennui but gets bored midway and namechecks Oasis simply to tell us how long ‘Cigarettes And Alcohol’ is, or ‘Single Life’, a song that aims to discuss sexual rejection among the generation having less sex than ever but which selects its lyrics for apparently no greater reason than because they rhyme with one another.

“I’m single lower-middle, white and male”, runs the hook in ‘Wandsworth Plain’, but never does The Rhythm Method seek to explore what’s interesting about that particularly ignored seam of modern masculinity, despite clearly wanting to try, while nearly every song on the record is overrun with tiresome non-sequitous quips: “There’s light at the end of the Blackwall Tunnel” runs an aside during a song specifically about west London; the otherwise striking ‘Cruel’ (the best thing here along with boozer ballad ‘Local Girl’) can’t resist a spurious line about “a police car named Desire”.

Perhaps what ultimately does for How Would You Know…, though, is that at various points in its brief existence, it manages to sound exactly like so many other acts it evidently admires – The Streets, Blur, Madness, Squeeze, Ian Dury and the Blockheads, Pet Shop Boys, even Chas & Dave – but never better than any of them. Instead, it pulls its punches, the album equivalent of a BBC One panel-show joke, or a drive-thru McDonalds, fleetingly distracting, but ultimately a hollow experience: far from the record we need in 2019, but maybe the one we deserve.