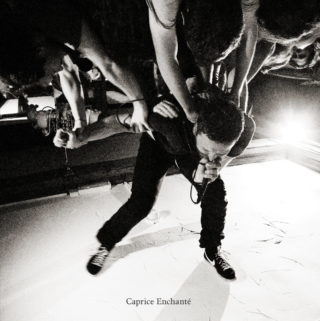 On their second album, Bristol hard rock band The St Pierre Snake Invasion confront both the personal and the political. Caprice Enchanté is about romanticism and defeatism, about losing your identity and about not growing up to be the person your teenage self thought you would be. On ‘The Safety Word is Oklahoma’, frontman Damien Sayell struggles with selfhood and conviction against a blistering musical backdrop, screaming “there’s no one listening but that’s no excuse to pipe down.” It is the reigning sentiment on an album grappling with the politics of others, and testing the strength of its own principles again and again.

This energy is most effectively deployed on the thrashingly theatrical ‘Things to Do in Denbigh When You’re Dead’. It’s no secret that rock has a masculinity problem, and here the band take on depression and ‘real man’-hood to eviscerating effect.

Throughout, there is also ego to tangle with, not least across the title track as Sayell realises his romanticism – an intrinsic part of his identity – doesn’t serve him. The sharp, heavy instrumentation and raw vocals are practically a bloodletting. Caprice Enchanté is The St Pierre Snake Invasion letting out the sickness – visceral, and powerful.