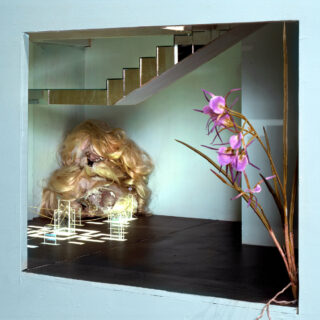 In many ways, there’s an awful lot to like about Sunbathing Through A Glass Screen, the new album from Chinese-British minimalist composer Theo Alexander. The elegant, tidy piano loops and overarching strings that make up much of the record’s substance are put together with real skill, crystalline production framing them simply and effectively. There are instances of genuinely breath-taking beauty here, particularly in the album’s first half, with the mesh of organ and droplet-like keys on opener ‘Accidental Enlightenment’, the locust swarm of arpeggios and scratchy bow strokes towards the back end of ‘Deathly Bronze’ standing out especially.

The problem is, though, that the clear technical competence of Sunbathing Through A Glass Screen is too often used in the service of compositions that aren’t so much flatly uninventive as stiflingly, guardedly polite. It’d be a bit harsh to accuse Alexander of completely playing it safe, but it does feel like there’s a reluctance to challenge or subvert on this album. It’s full of perfectly serviceable post-Reich layering and earnest, reverb-heavy atmospherics, but the cumulative effect has more in common with the soundtrack to a high-class gallery opening than the unsettling experimentation of the mid-20th-century minimalist movement from which Alexander is drawing audible (if sanitised) inspiration. It’s a shame, as there’s clearly a very capable artist behind this stuff – with a bit more mischief or nerve, this could be a special album. Sunbathing Through A Glass Screen has its moments, but ultimately feels like a holding pattern for something more exciting.