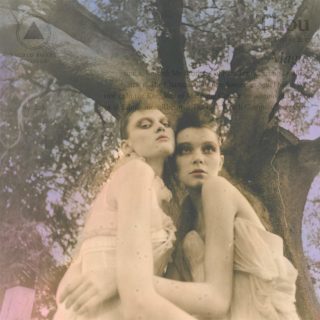 Pick up any new release put out by Sacred Bones and chances are you’re in for something equal-parts special and challenging. Home to the likes of Zola Jesus, Blanck Mass and David Lynch, the Brooklyn imprint deal in depth, darkness and – most decisively of all – straight-up quality. Its latest feature-length revelation is ‘Magus’, the first album from Louisiana sludge-metal schemers Thou in four years.

From the moment Bryan Funck’s larynx-shredding screams summon opener ‘Inward’, ‘Magus’ is a self-proclaimed “journey beyond the principles of pleasure and pain.” A big M.O. and no mistake, but the quartet pull it off with fist-clenched intent across eleven tracks here. Where the blitzing ‘The Changeling Prince’ proves an early peak bounding with pinch harmonics, skull-rattling low-end and riffs that could very conceivably put one’s eye out, ‘Sovereign Self’ is just one of a handful of tracks that distils the band’s professed “spiritual kinship” with Seattleites such as Alice in Chains and Soundgarden, rather than the usual kneejerk parallels drawn with fellow NOLA sludge seers such as Crowbar and Eyehategod.

But for all its fierce-wielded sound and fury – which is on full display on its twelve-minute flame-out, ‘Supremacy’ – some of the more inspired moments laced throughout ‘Magus’ betray real restraint. From the backwashed black metal ambience of interlude ‘My Brother Caliban’ to the sorcerous opening to ‘In The Kingdom of Meaning’, Thou’s collective powers shine through on more darkly, meditative passages that allow dynamics, and Bryan Funck, space to breathe.

In the dense realm of sludge metal, ire demands substance and finesse. On their fifth album, Thou deliver. As a release that circumvents straight-up catharsis in favour of inducing full-blown self-exorcism, ‘Magus’ has made a late bid to be crowned as one the year’s most face-searingly emphatic releases.