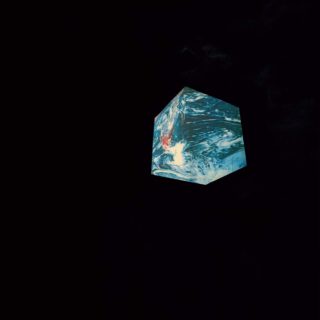 I like Tim Hecker’s music a lot, but there’s traditionally been a mile between his press releases and the music itself. Who among us could accurately guess the ideas behind Ravedeath, 1972 or Love Streams by the music alone?

I feel that duality only really got reconciled on Konoyo, which introduced Japanese gagaku music to Hecker’s repertoire. The result was an incredible blend of churning electronics and traditional instrumentation, one which felt remarkably close to his stated intent of exploring negative space and restraint.

Even that album is topped, however, by the first half of its companion piece Anoyo. Konoyo impressed because it felt as though two diametrically opposed forms of music were coming together; here, they simply fit together as natural accompaniments. Particular praise has to go to the grandeur of ‘Is But a Simulated Blur’. Hecker’s drones have never sounded less artificial, and the gagaku ensemble’s responses to them gives the entire piece a real sense of cosmic scale.

That’s why it’s so frustrating when the two begin to peel apart from one another on the second half of the album. The traditional instrumentation has nothing to say on ‘Into the Void’, and Hecker seems equally stumped on ‘Not Alone’. ‘You Never Were’ brings back pleasant memories of the first half but by the album’s end it simply fades into nothingness, without leaving a shadow of itself behind.