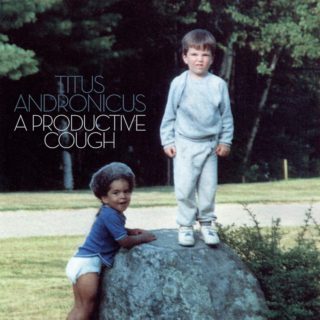 Titus Andronicus [+@] has long been engrossed in a quasi-rebellion against his faithful fan-base. With each serving of positive feedback comes a new track more insolently alien than the last, daring all who associate with his music to give it yet another carefree thumbs up. This mantra couldn’t be more true to form, with the fourth studio album from mercurial music-man Patrick Stickles abandoning +@’s trademark anthemic punk rock for something a little more conversational.

‘Number One (In New York)’ is a worthy introduction to the record, caked in the nihilistic rigmarole of new presidents and social turmoil, lyrically astute and musically the miserable punchline of Shane McGowan and Simon Joyner walking into a bar. ‘Real Talk’ articulates the nothingness differently, with an “all-together-now!” raucousness and brawling refrain: “if the weather’s as bad as the weatherman says, we’re in for a real mean storm.” It’s like listening to a jovial pub scuffle and rise up against the establishment having just been subject to a particularly miserable forecast on CNN.

Stickles laments the minutiae of big city living in ‘Above The Bodega (Local Business)’ in a pilgrimage for pure escapism. To the same means, ‘Crass Tattoo’ plays as a folk lullaby to passivity with Brooklyn singer Megg Farrell taking the microphone throughout a gorgeous undulation at odds with the anger of previous tracks.

With ‘A Productive Cough’, +@ has assembled a near perfect album, radiating his passion for capriciousness and publicly eschewing his “fear-based” folk-punk scream-o. Even his confessional stance on Bob Dylan’s ‘Like A Rolling Stone’ sounds purpose-written for the collection. Stripped back and without reliance on vocal distortion to attest his anger, +@’s songwriting shines through as confrontationally and provocatively as before – music with utility – packed to the brim with a dour and earnest resolve. 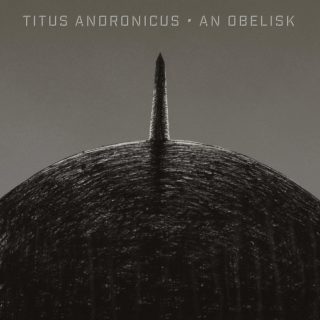 Titus Andronicus get back to their punk roots, kinda