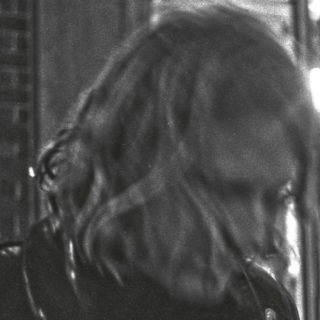 After the unpredictability and seismic cosmic misery wreaked upon the universe by 2016, the surprising arrival of January 2017 means another new Ty Segall album. Where Segall is concerned, though, the presence of new material is as predictable as he allows himself to be.

The chaotic onslaught of ‘Emotional Mugger’ has vanished, the disturbing baby mask ripped from the singer’s head to reveal… well… can you truly call any new release of his a presentation of the “real” Ty Segall? Look at that blurred portrait on the record sleeve, his gaze averted from the camera lens, and you tell me.

Still, Ty is an artist I’ve tried in vain to enjoy through the years. As a slavish Robert Pollard fan, the idea of Segall – a walking encyclopaedia of rock and roll, able to produce new material at a moment’s notice – has always appealed. Yet his records always come up short for me, and there’s only been one song of his that I can truly say I love: 2014’s ‘The Singer’. Flooring me in bare-bones acoustic form on the WTF podcast, the album version, replete with headfucking guitar solo, and stately, string-laden ‘Rock and Roll Suicide’ outro, was somehow even more perfect. And still it remained the lone highlight on the overstuffed double LP ‘Manipulator’.

‘Ty Segall’ – his tenth album – may not even be his first self-titled effort, but it’s his first in five years to be recorded with a consistent band. Five seconds into the extremely satisfying glam riffery of ‘Break a Guitar’, which sounds so dumb it could only have been written by someone who knows exactly what they’re doing, it’s apparent that this is the best decision he could have made. The well-drilled musicians, including Mikal Cronin and Emmett Kelly of The Cairo Gang, aren’t quite reining in his excesses, simply putting them into better focus.

The five-piece band don’t overwhelm the Kinksy folk of ‘Talkin’’ and ‘Take Care (To Comb Your Hair)’, while ‘Thank You Mr. K’ hops hyperactively between a Ramones-esque sock hop riff and some nimble descending guitar lines in the chorus. At least, until it’s interrupted by the sound of a toilet being sledgehammered to smithereens halfway through the song… and even then it sounds essential. Even the meandering ten-minute Sabbath-plays-Skip-Spence style epic wedged in at track three, entitled ‘Warm Hands (Freedom Returned)’, seems more focussed than the previous freewheeling sprawls of Segall’s past albums, without a second or note wasted.

After nine years of making albums under his own name, and countless others with countless others, this second eponymous effort will be a welcome addition to a bulging catalogue. Speaking from experience, it could just be the easiest entry point for a beginner too.