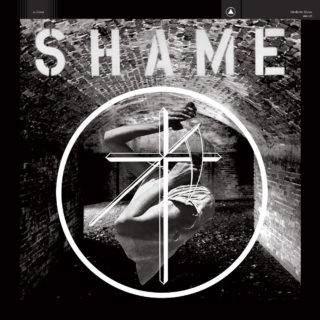 This is a nasty, frightening record from a band who specialise in nasty, frightening records. Few heavy acts have cut such a distinctive niche for themselves over the past few years as Uniform, with their brutal melding of industrial music, hardcore, thrash, noise, black metal and no wave, all oppressive guitars, relentless drum machines and desperate vocals. Shame, their fourth LP and first as a trio – founding vocalist Michael Berdan and producer/guitarist Ben Greenberg newly joined by drummer Mike Sharp – is a worthy addition to their intimidating canon.

Although Shame is unmistakably Uniform in its overall tone, it’s definitely their most straight-up metal album yet, partly thanks to the utilitarian live drums of Sharp largely supplanting the processed heft of their previously electronic percussion arrangements. Opener ‘Delco’ is a case in point; a stiflingly heavy vision of classic Big Four thrash played at half-speed, squealing guitar solos subbed out for yet more subterranean riffs. Uniform are doomier than ever before here; a nihilistic grunt outmuscling the wild-eyed panic that’s characterised much of their previous output: the eight-minute behemoth ‘I Am The Cancer’, for example, has as much in common with Electric Wizard as frequent Uniform collaborators The Body. It’s masterfully dark, invigorating stuff.