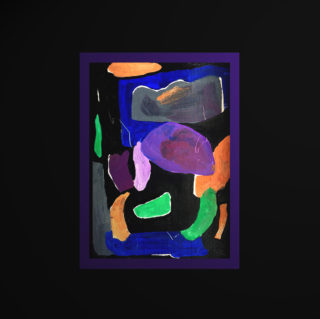 Not unlike a ménage à trois, musical collaborations can be tricky. Big egos face off, disgruntled participants are left tending to their own devices, and a lapse in assertiveness can mean missing out on the action altogether. As if that wasn’t enough, XAM Duo and Virginia Wing have two members apiece.

However, after Matthew Benn (of Hookworms) and Christopher Duffin (of Deadwall) met Sam Pillay and Alice Merida Richards for a two-day jam, the choice cuts on ‘Tomorrow’s Gift’ seem borne out of a serendipitous type of chaos; both parties relinquish control – and categorization – by ditching their respective electronic styles for freeform psychedelia.

The monolithic ‘Birch Polygon’ is as good as a sonic template; Richards’ vocal skirts melody like it was something illicit, as glossy veneers are woven from Duffin’s whirlwind sax and droning electronics. Bar the catchy, bongo-led ‘Person To Person’, the LP has the familiar restraint of Angelo Badalamenti’s Twin Peaks score, but criticizing this album for its tautologies would undermine its transportive joy, documenting as it does a weekend of throwing musical shapes together, being thrilled to find that some of them stick.

While it isn’t quite the sound of two worlds colliding (call it an affable encounter between residents of the same complex), ‘Tomorrow’s Gift’ nonetheless is a mutually beneficial arrangement unlike anything either group has done before.