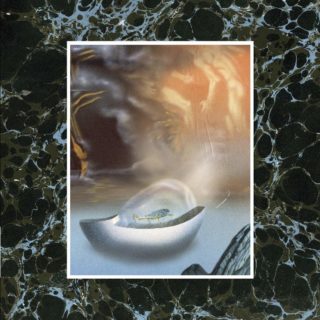 Blindly listen to the opening tracks of Laughing Matter and you’d be forgiven for briefly thinking someone slipped in Radiohead’s A Moon Shaped Pool. That kind of channeling is no bad thing, but even as Cory Hanson cowers over the mic with Thom Yorke intensity on ‘Scarecrow’, and before ‘xoxo’ pulses into wavy, Theremin life, it’s important to note that Wand are a tribute act to no-one. Their first three albums were testament to that, pinballing around psychedelic pop, punk and soupy stoner rock riffs, whereas fourth album, Plum tempered that energy into something a little more single-minded.

Laughing Matter falls somewhere in between that new-found focus and Wand’s happy tendency to lose it with ‘Bubble’ easing into ambient melodies, ‘High Planes Drifter’ sounding as sweet as Beirut echoing through cobble-stoned Italian streets and ‘Walkie Talkie’ powering into an energetic flurry of frenetic drums and scuzzy guitar.

It’s that propensity for shifting through sounds and styles that makes Wand such a fun band to listen to. It’s captured perfectly on the zealously triumphant ‘Thin Air’ with Hanson’s slacker indie vocals and blasts of shoegaze creating something ecstatically bright-eyed – one of those blissful tracks where everything comes down to the stamp and release of a guitar pedal to send everything into overdrive.

At 15 tracks, and light on disposable 60-second interludes, you’ll need some stamina to get through it all, and while they could have chopped out at least five tracks, there are enough highlights to make Laughing Matter worth your time.